Home Game Guides How to Find The Warden in Minecraft 1.18 (Caves & Cliffs Part...

This partly-glowing, green and black monstrous looking beast — the Warden — was hinted by the developers to appear in the game, and specifically, in the Minecraft 1.18 update, for quite some time now.

If you’re having a tough time figuring out how to find the Warden in Minecraft 1.18 (Caves & Cliffs Part II Update), then be sure to read on ahead for all the deets!

What Will the Warden be Like in Minecraft 1.19: The Wild?

Mojang Studios have said that the Warden will only appear in the deep dark biome, which is going to be found at the lowest points in the Overworld.

The Warden is meant to function as the strongest mob in Minecraft. It has a massive pool of health, making it extremely tanky. The Warden gets increasingly fast the more it gets hit, on top of being able to deal enough damage to kill a player equipped with full Netherite armor in two hits.

The developers have stated that the Warden is not meant to be fought as of now, since it provides no drops when beaten. Players are advised to throw projectiles such as snowballs when they spot the Warden to keep it distracted, so that they can buy time to escape.

So, keep an eye out for when update 1.19 launches, because that is when you will be able to face the almighty wrath of the Warden! 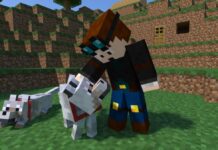 How to Install Minecraft Resource Pack 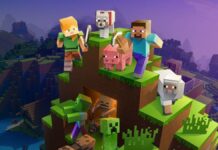 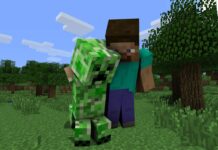 How to Create a Creeper Farm in Minecraft Bedrock Edition

How to Get the Seatruck Perimeter Defense Upgrade in Subnautica: Below...

What Level Does Kirlia Evolve in Pokemon Brilliant Diamond and Shining...

Where to Find the Protector in Pokemon Brilliant Diamond and Shining...