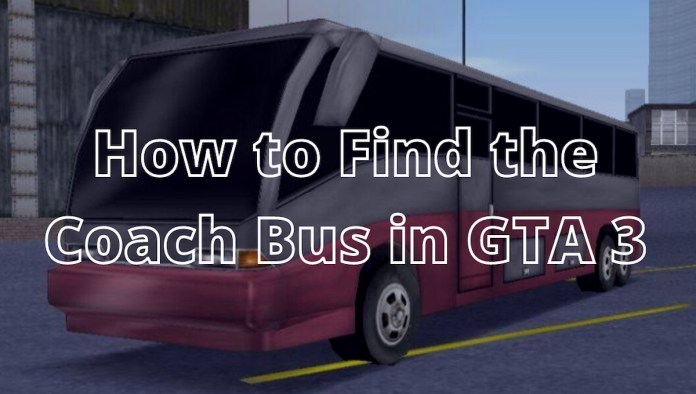 The Coach Bus is the the most gigantic vehicle in GTA 3 and there are quite a couple of reasons to seek it. One of the most primary seasons players seek the Coach Bus is to play the game as a bus driver where you pick up passengers and drop them off at their respective destinations.

Finding a Coach Bus isn’t as difficult as finding gang specific vehicles and sometimes if you’re lucky, you might find it immediately you enter Portland Island. If you’re not very lucky, then you’ll have to drive around town for a bit to increase your chances of finding one.

There are higher chances of finding a Coach Bus in streets such as Trenton and Portland Harbor. Since the Coach Bus is similar to a taxi – moving to different places around town, then it’s possible to find it just about anywhere in Portland Island.

This is where useless vehicle parts are dumped in GTA 3 and you have high chances of finding a Coach Bus in this part of town as well. The Portland Docks is located at Portland Harbor and it’s not very hard to miss since there’s a large signboard placed above that literally says ‘Portland Docks’.

There you have it for our brief guide on finding the Coach Bus in GTA 3. Lastly, this Bus can easily be found in Portland Island since it is a less developed city in the game. Your chances of finding a Coach Bus in Staunton Island and Shoreside Vale are very slim since these are well developed cities in the game and you don’t see Buses passing around often.

How to Find the Coach Bus in GTA 3