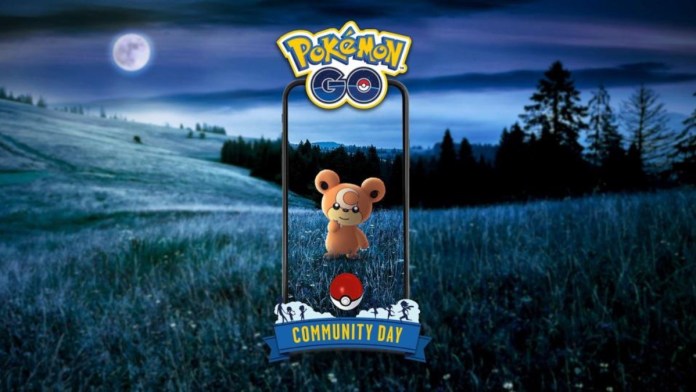 If you have been enjoying Pokemon Legends Arceus, you’ve been likely been wondering when more of the Hisuian Pokemon are going to come to Pokemon Go. Traditionally, Pokemon from new games typically come to Go for special events or in limited windows, so it was bound to happen. The next one will be Ursaluna, which is the final evolution of Teddiursa.

In Legends Arceus, you could only evolve Ursaring into Ursaluna with a Peat Block on the night of a full moon. Pokemon Go uses a similar mechanic. This is how to evolve Teddiursa into Ursaluna in Pokemon Go.

Ursaluna will be debuting in the game during Teddiursa’s Community Day, which is happening on November 12 starting at 2 pm and running until 6 am on November 13th. You need 100 candies to evolve Ursaring into Ursaluna, so what you would do is collect all your candies during the day and then that very night, evolve it into Ursaluna.

After that, you’ll be able to evolve it on any night a full moon appears in the game. Since it’s a later evolution and not a born regional variant, Ursaluna will be permanently available in the game.

If you evolve your Ursaring on Community Day, Ursaluna will learn the special move High Horsepower, which can destroy Electric-type Pokemon and anything weak to Ground types.

RELATED: How to Ride Ursaluna (Ursula) in Pokemon Legends: Arceus

Some special bonuses on Teddiursa’s Community Day involve double candy for catching Pokemon, the increased chance of finding a shiny Teddiursa, Lure Modules lasting longer, and extra Stardust rewards. Upper-level trainers who are 31 and above will have a higher chance to get XL candy from the Pokemon they catch.

The Stardust cost for trades will be fifty percent less as well, which makes this a perfect time to pawn off any unwanted Pokemon in your roster to your friends. If you find extra shinies, you share them for a lower price.

Mark your calendars so that you do not miss the opportunity to get Ursaluna!

How to Evolve Teddiursa into Ursaluna in Pokemon Go