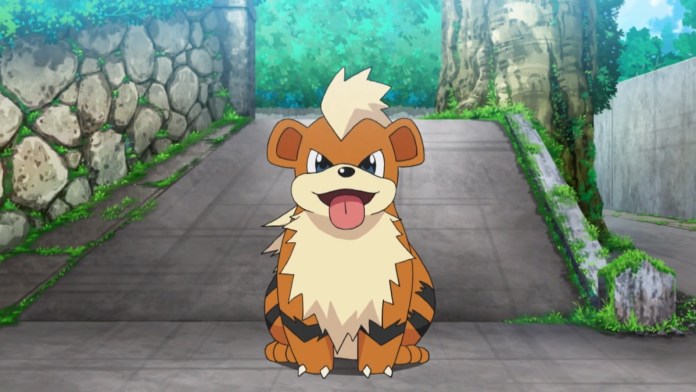 There are some Pokemon who are absolutely timeless, having been part of the franchise since the very beginning. Because of their popularity amongst the fans, they tend to end up in the newer games more often than not. This one was even lucky enough to get a brand-new form in Pokemon Legends Arceus. Thus, it is no surprise Growlithe was featured in Pokemon Scarlet and Violet.

This friendly loyal pup will never leave your side, and protect you with its powerful Fire-type moves. Coming with a base attack of 70 and HP of 55, you can’t go wrong catching one. Better yet, it can become the even more powerful Arcanine. This is how to evolve Growlithe into Arcanine in Pokemon Scarlet and Violet.

Where To Find Growlithe In Pokemon Scarlet And Violet

First, you’ll have to capture a Growlithe or get one in a Tera Raid. They can be found all over the region and are featured in both versions of the game.

Where To Find A Fire Stone In Pokemon Scarlet And Violet

RELATED: Where to Get Tomato in Pokémon Scarlet and Violet

Your next step is to find a Fire Stone in the game. To actually evolve Growlithe into Arcanine, you have to use a Fire Stone on it. You can find them in specific locations all around the region. While traveling, you’ll see spots on the ground that sparkle. These are the areas where you have the chance to grab an evolution stone.

You can also get them in certain cities throughout the region.

When To Evolve Growlithe

In games of the past, it was recommended that you wait to evolve your Pokemon that use evolution stones until they learned certain moves they couldn’t in their second form. However, with the wider availability of TMs in Scarlet and Violet, this isn’t something to be concerned about anymore. However, you should level up your Growlithe a decent amount first because evolved Pokemon get stronger slower than lower form ones.

Hopefully this taught you about the fluffy fire puppy that is Growlithe! To see them and many other classic Pokemon, check out the Pokemon Scarlet and Violet games today!

How to Evolve Growlithe into Arcanine in Pokemon Scarlet and Violet