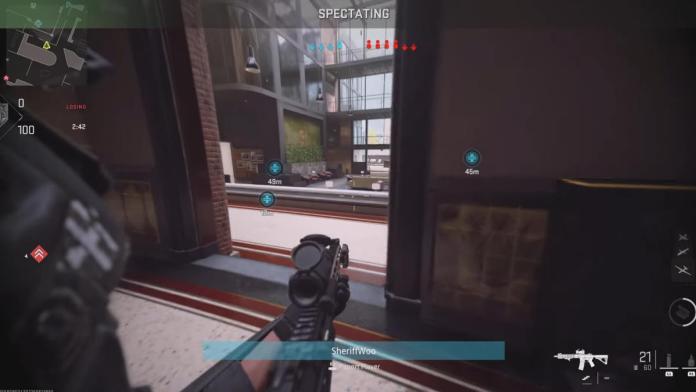 A cool new feature in COD Modern Warfare 2 is an immersive way to spectate a match. In addition to the regular perspective spectator mode, spectators can now use a helmet camera point-of-view, which really puts you in the action. It’s a pretty neat feature, but if you prefer the old spectator view, you can use that too. Today, we’ll show you how to disable helmet cam spectating in COD Modern Warfare 2!

If you’ve been playing the multiplayer mode of COD Modern Warfare 2 lately, you’ve probably noticed an interesting new spectator feature: The ability to see through players’ helmet cameras. To really immerse yourself in the fast and frantic competitive matches of COD without actually being in one, you can place yourself right in the view of another player.

We definitely like this feature and think it’s really cool, but we also understand that it’s probably not for everyone. The helmet cam spectator view adds in a fuzzy effect to really achieve that genuine camera look, and it can be somewhat distracting at times.

Thankfully, you can switch back to the regular player perspective spectator view. Simply go into the game’s Graphics settings, then scroll down to the View section. Look for the option that says Default Spectator Camera, and change that to Game Perspective.

Related | How to Disable Crossplay for COD Modern Warfare 2

Game Perspective will set your spectator views to how they’ve always been—exactly what the player sees, with no frills or extras. Helmet Camera will enable the new helmet cam view, with the immersive effects.

Unfortunately, there doesn’t seem to be a way to switch this on-the-fly, or in the middle of a match, which would probably be the ideal solution to this. Thankfully, Infinity Ward and Activision seem to be taking feedback for the game very seriously, so they might change this to a toggle option that can be used during a match in a future update.

That concludes our guide on how to disable helmet cam spectating in COD Modern Warfare 2. If you have any other questions or tips, let us know in the comments below!

How to Disable Helmet Cam Spectating in COD Modern Warfare 2