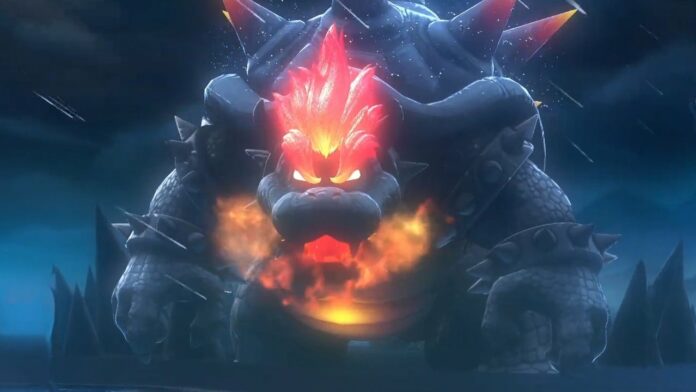 The second campaign included in Super Mario 3D World + Bowser’s Fury sees Mario and Bowser Jr. travel all over Lake Lapcat in search of Cat Shines so that they can defeat Fury Bowser and turn him back to his usual self. During their travels, they will find some blocks marked with Bowser’s face that seemingly cannot be destroyed by any means. This is actually not true: you only have to find a way to make Fury Bowser do the dirty work for you.

How To Destroy Fury Blocks

The only way for you to destroy Fury Blocks is by making Fury Bowser destroy them for you. As such, you need to make sure to head to the Fury Blocks you want to destroy as soon as Fury Bowser is coming for you. You will know this is happening when the sky turns all ominous and dark.

Once Fury Bowser has appeared, he will start raining and breathing fire at Mario. Fury Blocks will also start glowing red as well. Wait until the attack has started to move out of the way to let the fire destroy the blocks. Behind these blocks are usually Cat Shines or pipes that lead you to secret stages that award you with more Cat Shines upon completion. If you want to 100% complete Bowser’s Fury, you will eventually have to clear all Fury Blocks.