Home Guides How to Defeat Tigrex in Monster Hunter Rise 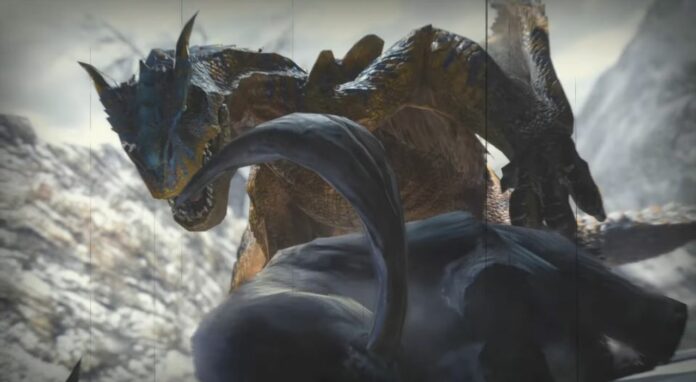 Monster Hunter Rise features a big monster lineup that features plenty of powerful returning monsters that are literally back with a vengeance. This is the case of Tigrex, a powerful monster that is able to give troubles even to the most consummate hunters out there.

Here’s everything you need to know to take it down with ease.

Tigrex is a Flying Wyvern that long-time fans of the series will instantly recognize, having appeared in previous entries in the series such as Monster Hunter Frontier Ultimate, Monster Hunter 4 Ultimate, and Monster Hunter Generations. Able to deal Ice, Water, and Fire damage, this monster can be somewhat difficult to take down with proper preparation and the right gear. Make sure to bring weapons capable of dealing Thunder or Dragon damage to make the fight a little shorter.

Where to Find Tigrex

How to Defeat Tigrex

Tigrex is surprisingly mobile for its size, and the many attacks it can unleash can deal a lot of damage. Thankfully, it’s possible to make the fight a little easier by breaking the monster’s forelegs and cutting off its tails: by doing the former, you not only knock Tigrex down, but also reduce the speed of Tigrex Rush, and make it so the monster may trip during its execution; cutting off the tail will reduce the power of the tail attacks, making the fight considerably easier.

Tigrex’s attacks cover a lot of ground all over the monster, but staying right below the monster’s arms makes it much easier to dodge attacks. Given the Tigrex’s excellent mobility, you will have to reposition yourself quite often, but the effort will pay off, in the end.

Fighting Tigrex in the Sandy Plains lets hunters take advantage of the environment to make the fight easier. On this map, you can lead Tigrex into the Quicksand to temporarily leave it open and defenseless. Use this time window to unleash your most powerful combos.

In case you have no way of leading the monster into Quicksand, you can lead Tygrex into walls and pillars. If you manage to do so, the monster will be temporarily stuck, giving you a window of opportunity to deal some serious damage.

You Roar, You Die

Tigrex’s roars are extremely annoying, but if you manage to learn the patterns and read the monster’s behavior, you can use them to your advantage. As the recovery time of each roar attack is quite long, evading them properly will give you an opportunity to deal some damage to the monster while it recovers.