Home Guides How to Defeat Tetrandon in Monster Hunter Rise 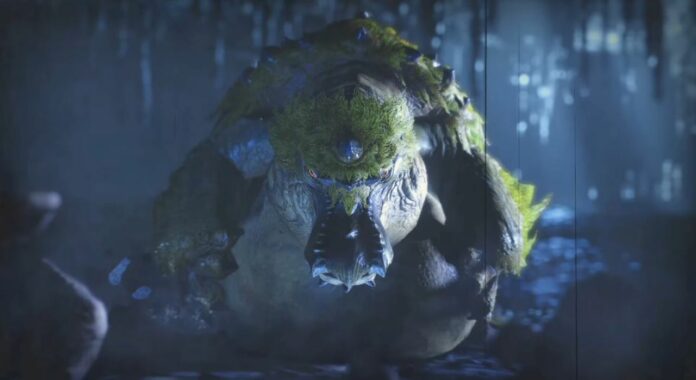 Monster Hunter Rise sees the return of many monsters that appeared in previous entries in the series, but who most players were anxious to see were the new monsters. While not all of them will likely become as iconic as Zinogre, Mizutsune, or Rathalos, it is undeniable that their unique design and abilities make them instantly recognizable.

Among these new monsters is Tetrandon. Here’s everything you need to know to defeat it with little to no trouble.

Tetrandon, as already mentioned, is a brand new monster making its debut in Monster Hunter Rise. An Amphibian easily recognized by its massive body, this voracious monster likes to fight in the water, and so it is weak to Thunder and Fire damage. As it is capable of inflicting Waterblight, it’s a very good idea to bring gear that grants resistance to this status ailment.

I See What You Are Doing There

Tetrandon comes with a lot of different attacks that are extremely damaging, but that can be avoided easily if the hunter is good at reading the monster’s behavior and learning its patterns. For starters, it’s always advisable to avoid staying in from of the Tetrandon, as most of its attacks cover the area in front of it. If it’s getting ready to attack, dodge to the sides to avoid getting damaged. The only exception to this is the Clap, which can only be avoided by rolling backward or by using Wirebugs to move out of the way.

Using Wirebugs is also extremely important in case Tetrandon manages to restrain you. In this case, you can avoid the follow-up attacks by using a Wirebug to get away from the monster and avoid getting massive damage.

Tetrandon can be a very nasty monster to take down, but it can be knocked for a decent amount of time by attacking its constantly exposed belly. Once the monster eats something, the belly will become swollen, and this is your cue to go on the offensive. After dealing enough damage, Tetrandon will get knocked down for a few seconds, which will leave it open to your most damaging combos.

One of Tetrandon’s attacks is the Water Breath Attack, which can inflict Waterblight. As such, you should bring a decent amount of Nulberries with you to cure the status ailment as soon as it is inflicted. 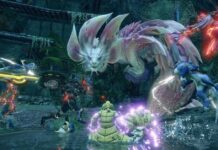 How Many Monsters are in Monster Hunter Rise?