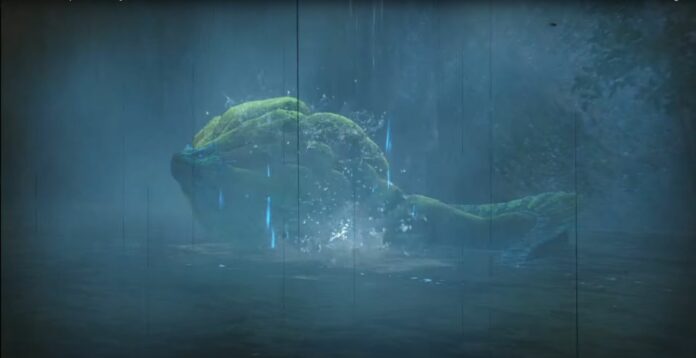 Monster Hunter Rise features a lot of different monsters to hunt, but not all of them will put your skills to the test. While some will require every trick in the hunter’s bag, a few others only require a solid strategy to win.

Among these monsters that are not all that difficult to take down is Royal Ludroth. Here are a few tips to make this fight even easier.

Royal Ludroth is a monster that fans of the series should know well, having made its debut in Monster Hunter 3. Despite being deadly in Water, this Leviathan is not much of a threat with the right strategy and equipment. Bring a weapon capable of dealing Fire damage and gear with Water Resistance to gain a sound advantage before the fight even begins.

Where to Find Royal Ludroth

How to Defeat Royal Ludroth

Royal Ludroth is one of those monsters in Monster Hunter Rise that has very tough skin that can deflect most attacks. As such, you will have to focus on the monster’s weak points: the head, the tail, and the mane.

While hitting the monster’s head will only let you deal max damage, attacking the tail and the mane will come with some additional benefits. Cutting off the tail will grant you an extra carve, although you will need to be accurate and attack only the grey tip to deal damage; breaking the mane, on the other hand, is way more useful, as it will weaken the monster’s Bomb attacks, which are the most dangerous attacks at its disposal. Destroying the mane means pretty much winning the fight.

Royal Ludroth isn’t that much a threat on the ground, but it is way more dangerous while in water, as it gains access to some powerful special attacks. If you haven’t destroyed the mane, you’d better get as far as possible from the monster if it gets in the water. Or you can head into the water yourself and use Meat Bait to damage the monster and possibly even stun it for a short amount of time.

All You Need Are Nullberries

Seeing as the monster can deal Waterblight with its Water Bombs, you will want to bring plenty of Nullberries with you. Your Stamina recovery rate will be reduced when inflicted with this status ailment, so you will want to heal as fast as you can. Bringing the right gear with high Water Resistance will prevent you from getting inflicted altogether, so make sure to equip it beforehand.