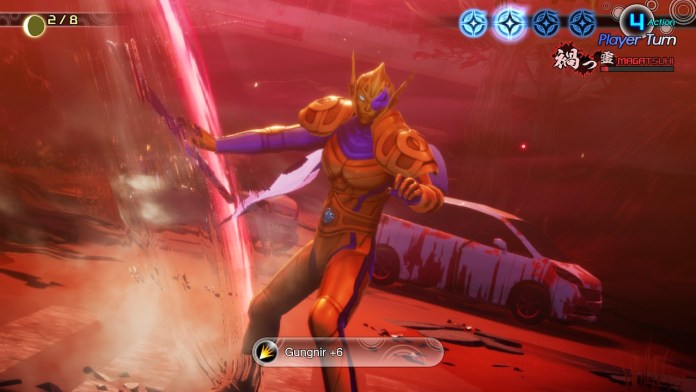 Shin Megami Tensei V is a challenging game right from the very beginning, but once you reach the final parts of the game, the gloves really come off, as you will have to fight against the leaders of the different Bethel branches, and they mean business. Real business.

Here’s how to defeat the leader of the Nordic branch, Odin, without too many troubles.

How to Defeat Odin in Shin Megami Tensei V

Odin is fought in the Taito ward, the game’s final ward, in the Komagata area. He is a level 72 enemy, so make sure your level and that of your demons is high enough to stand a change.

Odin fights mainly using powerful Physical and Thunder skills, so you will want to bring as many demons as possible that can resist, repel, null or drain these elements. Odin also uses Mabufudyne, but only after he has charged Magatsuhi, so Ice Dampeners will do the trick, considering he should not be able to charge Magatsuhi more than three times before getting defeated.

In case you do not have enough demons that can resist Physical attacks, you’re next best bet is using Tarunda on Odin to decrease his attack power. Marakukaja is also a very recommended skill, as it increase your entire party’s defense, so lowering the chance of Odin one shotting any of your characters with a single attack.

For the rest, always keep your health up and attack Odin using Force skills to exploit his weakness and get some much needed extra turns. Keep up at it, and you will eventually take him down.

How to Defeat Odin in Shin Megami Tensei V