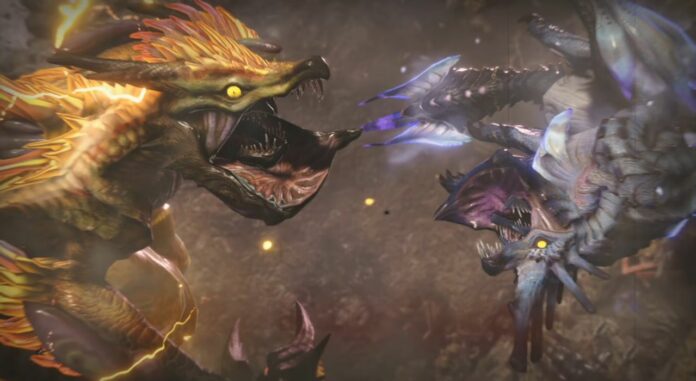 The road leading to the ending of Monster Hunter Rise is filled with powerful monsters to take down, and at the end of it, you will find final one of the most challenging confrontations in the game. Defeating the Elder Dragon Narwa the Allmother is not easy at all, but doing so is required if you want to see the game’s true ending, which is something that all Monster Hunter Rise players should strive to do, considering how disappointing the vanilla ending is.

Here are some tips to help you take down Narwa the Allmother.

Narwa the Allmother is a powerful Elder Dragon that is considerably more powerful than the regular Narwa. Being a dragon, it is weak to Dragon and Ice damage, can deal Thunder damage, and inflict Paralysis so gear yourself up before the fight to make things a little easier.

The Right Weapon for the Job

While most weapon types are viable for taking down Narwa the Allmother, it is recommended to not use Gunner weapons, as the area where you fight the Elder Dragon is small and it is difficult to keep distance from the monster. Close ranged weapons work great, on the other hand, so you should have far less trouble if you are familiar with their movesets.

Ibushi is No Threat… Sometimes

Before being able to fight Narwa the Allmother, you will have to defeat the Wind Serpent Ibushi first. While it seems like it will continue to take part in the fight after its defeat, Narwa the Allmother will soon take it out to absorb its powers, so you can just ignore Ibushi after they start dancing around.

Snuff the Light Out

Narwa the Allmother sports different glowing parts, which are the parts you should try to hit to deal maximum damage. These parts are on the head, arms, and tail. Once enough damage has been dealt, the Elder Dragon will fall down to reveal its Thundersac, which can be attacked to deal some serious damage to the monster.

At some point during the fight, other monsters will make an appearance. When they do, Narwa the Allmother will start focusing on them. Wait until you can mount them to gain a sound advantage over the Elder Dragon. Also, do not worry about them appearing, as they will not attack you under any circumstance.