Home Guides How to Defeat Nargacuga in Monster Hunter Rise 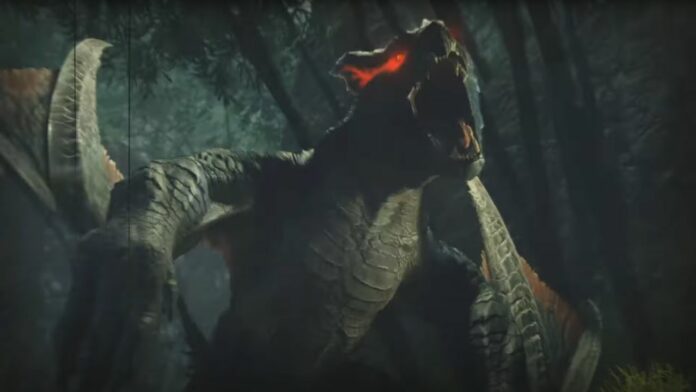 Monster Hunter Rise can be a very difficult game, especially for newcomers, due to the many mechanics that must be mastered as well as due to the many monsters you will have to take down during the course of your journey. Some will not pose a big threat, while others like Nargacuga will make you wish monster hunting wasn’t your life’s call.

Here’s everything you need to know to beat Nargacuga without too many troubles.

Nargacuga is a Flying Wyvern that fans of the series should know well, as it has appeared in multiple entries in the series, including Monster Hunter World: Iceborne. Weak to Thunder and Fire, this monster can be extremely annoying to take down due to its amazing mobility and fast attacks.

Where to Find Nargacuga

How to Defeat Nargacuga

That Hit The Spot

Nargacuga is an extremely fast monster, so targeting the weak spots isn’t always an option, but you will be massively rewarded if you manage to do so. If you manage to cut off the monster’s tail, you will reduce the range and power of its slamming attacks, while destroying the forelegs will severely limit its mobility. Unfortunately, damaging the forelegs is only possible with weapons with sharpness higher than green, so this strategy is not available if you cannot forge very sharp weapons.

As the monster’s introduction cinematic highlighted, Nargacuga is a raging monster that gets even angrier as the fight continues. When it is enraged, Nargacuga will become faster and more powerful, and once it reaches its final enraged status, it will unleash the powerful Double Spiked Tail Slam attack that deals a lot of damage and is a little tricky to dodge.

There is a trick, however, to deal with the monster’s Enraged mode. While it’s in this state, it is weak to pitfall traps, so make sure to use them to avoid getting obliterated by the monster’s relentless offensive.

Don’t Fall Into Your Traps

If you do use pitfall traps while fighting Nargacuga, you should always make sure to use them while it is in its enraged status only, as it will break them in its regular state. Shock Traps, on the other hand, always work, so use them if you’re unsure of the monster’s current state.