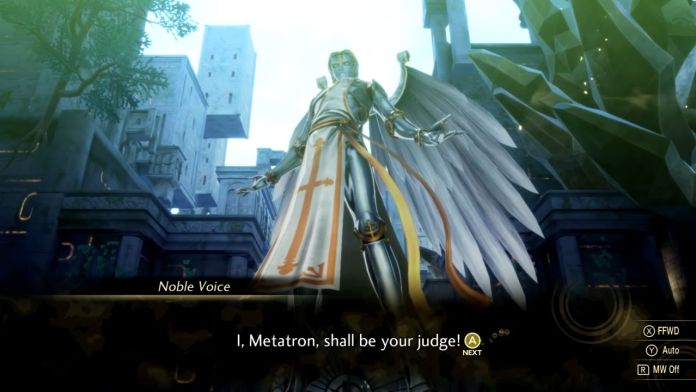 Shin Megami Tensei V features a lot of powerful enemies that will get in the Nahobino’s way, but very few of them are as strong as some of the late-game bosses that will attempt to prevent the main character from reshaping the world to his will.

Among these late-game bosses you will have to fight is Metatron. Here’s how to defeat this very powerful angel.

How to Defeat Metatron in Shin Megami Tensei V

Metatron is fought right at the end of the Temple of Eternity, in the Main Hall. After defeating this boss, you will be able to access the Empyrean and complete the game, so, as expected, Metatron is very strong and requires a solid strategy to beat.

Metatron comes with a solid set of resistances, being able to resist every element with the exception of Physical and Darkness. As such, you will want to bring your strongest physical attacks as well as demons that can use the Mudo family of skills. Almighty attacks are also fine since no demon in the game can resist them, including Metatron.

Unfortunately, Metatron has no weakness, so you will only be able to get extra turns with critical hits. As such, you will want to charge Magatsuhi quickly and unleash the Omagatoki: Critical skill as often as possible, as this skill makes every attack, including magic, deal critical damage.

When it comes to defense and support, you will want to bring demons that can heal the entirety of the party at once, since Metatron hits hard, and that can use Dekunda, as the boss can use Debilitate to lower your stats. Do not waste your time buffing or debuffing, as Metatron can use both Dekunda and Dekaja, making your efforts useless. Also, when he charges Magatsuhi, use a Light Dampener to prevent the powerful light attack Mahabarion from dealing massive damage and possibly instant kill any party member.

How to Defeat Metatron in Shin Megami Tensei V