Home Guides How to Defeat Lagombi in Monster Hunter Rise 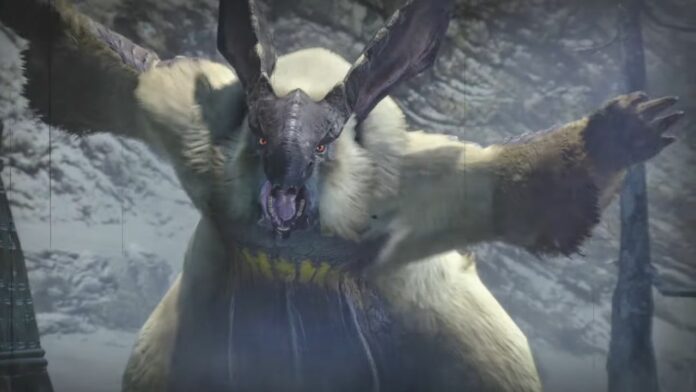 Monster Hunter Rise features some rather vicious monsters that will put your skills to the test, but also a few ones that aren’t particularly good at defending themselves, making them a great target for hunters of all skill levels. This is definitely the case of Lagombi, a beast that most hunters won’t have trouble taking down on their first try.

Here’s everything you need to know to defeat this monster without any trouble.

Lagombi is one of those monsters in Monster Hunter Rise that will not be a problem to take down for most hunters. The Fanged Beast, which debuted in Monster Hunter Generations Ultimate, comes with only a few attacks that are very easy to avoid and can even be counterattacked on the spot with the right weapons type. Make sure to bring weapons that can deal Fire or Thunder damage to make the fight even easier.

Where to Find Lagombi

Lagombi can only be found in the Frost Islands, starting from Areas 3, 5, and 9. Check the surrounding areas in case you cannot find the monster in the starting ones.

How to Defeat Lagombi

Lagombi’s moveset is somewhat limited, making it easy for hunters to avoid most of its attacks with ease. The sliding attack, in particular, is extremely telegraphed, as the monster will hunch on all its legs before launching it. What is not telegraphed is the number of sliding attacks it will perform, so make sure to stop attacking Lagombi once you see it getting on all fours, and resume your offensive only when it is done. If you’re a master at using Sonic Bombs, you can use them with the proper timing to stop the sliding attack altogether and leave Lagombi open. If the monster is enraged, however, nothing will stop them so beware.

The Jump Attack is possibly even easier to avoid than the sliding attacks. While this attack is somewhat fast, it’s easy to avoid by looking at the shadow on the ground while the monster is in the air. If you’re using a weapon type that comes with a shield, you can counterattack straight away with Silkbind Attacks, making the Jump Attack an excellent way to deal some free damage.

While not trying to avoid the Lagombi’s special attacks, you should be focusing on hitting the monster’s weak points. By going for the head and the hind legs, you will be able to deal max damage, shortening the duration of the fight considerably.

Lagombi has a third attack that can be a little annoying, as it can inflict Iceblight. For this reason, you should bring some Nulberries to heal the blight as soon as possible, as you may be out of Wirebugs when you need them most, like when trying to get out of the way during the Lagombi’s Jump Attack or counterattack with the right weapons.