Home Guides How to Defeat Jyuratodus in Monster Hunter Rise 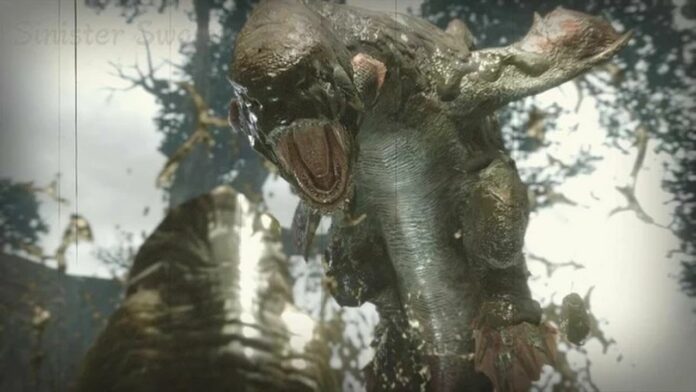 Monster Hunter Rise features one of the most interesting and varied monster lineup among all entries in the series, featuring some returning monsters as well as some brand new ones that will put your hunting skills to the test.

Among the monsters that made their debut in Monster Hunter World that have also come back in Monster Hunter Rise is Jyuratodus, a special type of Wyvern that wants nothing more than turn your life into a muddy hell. Here’s how to defeat it with ease.

Jyuratodus is a Piscine Wyvern that uses mud to its advantage, exactly as it did in Monster Hunter World, the game the monster debuted in. Weak to Thunder, Fire, Ice and Dragon and capable of dealing Water elemental damage, this monster is not particularly difficult to take down in most scenarios.

Jyuratodus can be found in the Flooded Forest, starting in Areas 6 and 7. The monster moves around, however, so make sure to check the surrounding areas in case you cannot find it in the starting ones.

Out of the Water

For most of the fight, Jyuratodus will stay underwater, unleashing its annoying mud-based attacks against you. As you can imagine, getting it out of the water is extremely important to stop it in its tracks and deal some serious damage. To make the monster do so, you will need to focus on hitting its head, with heavy weapons like Hammers working especially well in this situation.

You can also use Sonic Bombs when Jyuratodus is preparing Mud Breach to make it emerge out of the water in a knocked-down state where it is completely defenseless for a short amount of time.

Clean All the Mud

Jyuratodus protects itself with a mud coat that greatly reduces inflicted damage. This mud coat, however, is not completely impregnable, so you can chip away at it by attacking repeteadly to keep parts of the monster vulnerable.

As Jyuratodus likes to fight while in the water, you can take advantage of this in a very clever way. Once you are in the water with Giganhas, you can use Meat Bait to lure them and make them attack the Jyuratodus in your place. Once you use the Meat Bait, however, the trap will go off in a couple of seconds, so make sure to time it right. If you do, you may be able to stun lock the monster to oblivion!