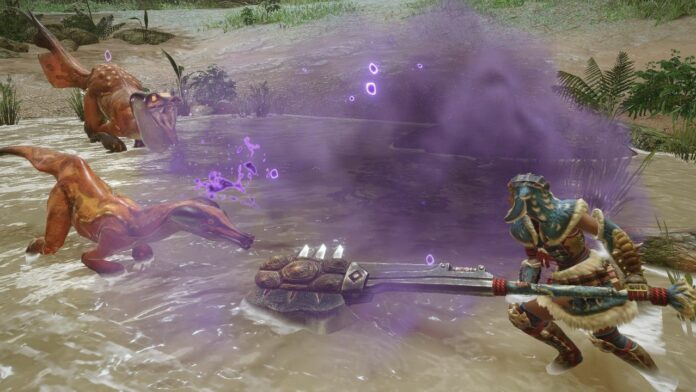 Monster Hunter Rise, like previous entries in the series, is known to be a challenging game, but this doesn’t mean that each and every monster included in the game is so powerful that it can take down hunters with ease. Some are not a major threat at all, which makes them perfect to learn the game’s mechanics ahead of the most challenging fights.

Here’s everything you need to know to take down one of these monsters, the Great Wroggi.

The Great Wroggi makes its comeback in Monster Hunter Rise from Monster Hunter 3 Ultimate, but it’s as far from a glorious comeback as possible, since this monster is not particularly dangerous. Being able to inflict Poison is its defining trait, but bringing a weapon that is capable of dealing either Ice or Water damage will make short work of it.

Where to Find Great Wroggi

How to Defeat Great Wroggi

The Great Wroggi is always traveling with regular Wroggi monsters, who will join the fight as soon as it begins. As the Poison Attacks are the Great Wroggi’s most annoying technique, multiple enemies can make it difficult to avoid them. To avoid additional damage as well, it is a very good strategy to take down the smaller monsters first.

Speaking of poison, you want to avoid this status ailment as much as possible, especially if you are trying to take down those annoying small Wroggi. Make sure to bring plenty of Antidotes to heal the ailment before it can damage you significantly.

It’s All in the Head

The Great Wroggi isn’t a particularly resilient monster, but if you really want to make short work of it, go for the head. It is the monster’s weak point and attacking it will let you deal massive amounts of damage.

The Great Wroggi isn’t a particularly smart monster, and so will go and eat any meat you leave around. This means that you can bait it with Tainted Meat as much as you want: the Great Wroggi will always go for it, making taking it down much easier if you come prepared to the hunt.