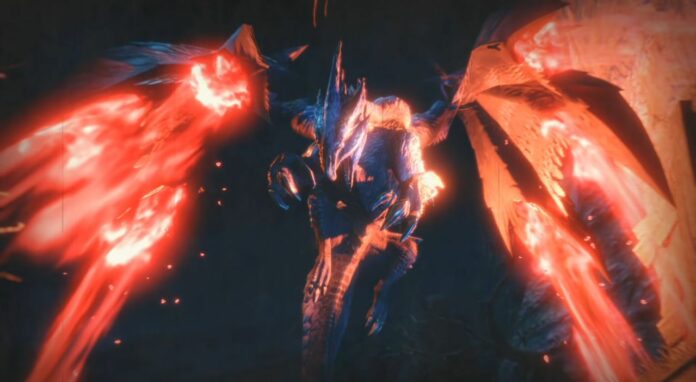 Monster Hunter Rise features a lot of different powerful monsters that will put your hunting skills to the test, but very few of the regular monsters can compare with the Elder Dragons. These magnificent beasts will make your life hell, but if you manage to take them down, you can rightly call yourself a true Monster Hunter.

Here’s everything you need to know to defeat Crimson Glow Valstrax, one of the Elder Dragons added to the game with update 3.0.

Crimson Glow Valstrax is a powerful Elder Dragon, and among the most powerful monsters in all of the game. Crimson Glow Valstrax is weak against Blast, Ice, Thunder, Water, and Fire damage, and can inflict Dragonblight so bring the appropriate gear to make the fight a little easier. You will need all the help you can get to take this beast down, after all.

How to Unlock Crimson Glow Valstrax

How to Defeat Crimson Glow Valstrax

Crimson Glow Valstrax often charges dragon energy during the fight, leaving itself open to your attacks briefly. If you manage to deal enough damage to the chest, the Elder Dragon will stop charging and will be knocked down for a few seconds, allowing you to go on the offensive without getting interrupted.

Going after the Crimson Glow Valstrax tail is a very sound strategy, as it is big and very easy to hit. Positioning yourself behind the monster will also allow you to avoid most of its wing attacks, which cover the areas in front and to the side, but not the back.

I Have Nulberries With Me

Crimson Glow Valstrax can inflict Dragonblight, which can only be healed with Nulberries. Make sure to bring as many as possible with you to the fight so to heal the status ailment as quickly as you can.

Evading Around the World

Around the World is Crimson Valstrax’s ultimate move and one that can take you out in a single hit. When the Elder Dragon launches in the sky, get ready to time your Emergency Evade right, as Crimson Glow Valstrax will lock onto you and there is no other way to avoid getting hit other than performing a perfect Emergency Evade.