Home Guides How to Defeat Bishaten in Monster Hunter Rise 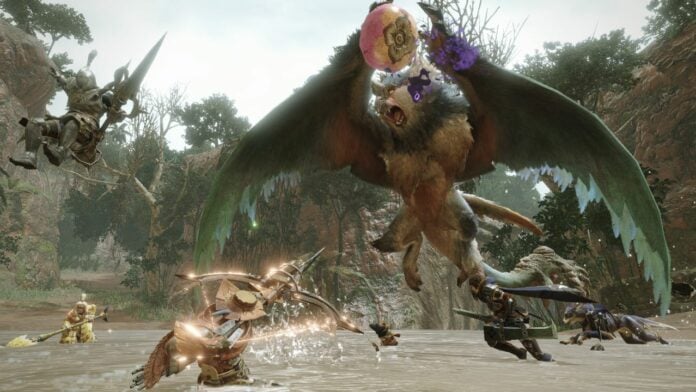 The wait for Monster Hunter Rise has been long, but it was definitely worth it. While the game doesn’t revolutionize the formula in any major way, it added so much to it that it is very difficult to go back to older entries in the series. The game also didn’t disappoint with its monster lineup, which features both new and returning monsters.

Here’s everything you need to know to take down Bishaten with ease.

The Fanged Beast Bishaten is among the new monsters that have made their debut in Monster Hunter Rise. Despite its distinctive fearsome appearance, Bishaten is not exactly a major threat, as it comes with only a few special attacks that can be avoided easily and that do not inflict any elemental damage. What Bishaten does inflict, however, are status ailments, so come prepared to the fight.

Bishaten can be found in the Shrine Ruins, starting in Areas 3, 7, 8, and 9, and in the Flooded Forest starting in Area 11. Bishaten moves around a lot, so explore in case you cannot find it in the starting areas.

Bishaten’s Colorful Barrage attack can be a little annoying to deal with, as the fruits thrown by the monster have different effects. Poison Fruits inflict poison, so make sure to bring Antidotes and Herbal Medicines to heal the status ailment as soon as possible. Speaking of items and gear, make sure to bring weapons that can deal Ice and Fire damage, as Bishaten is weak against these elements.

No Fruits for You

If you do not want to deal with Colorful Barrage altogether, you will need to make Bishaten drop its fruits. The only way to do so is by attacking the monster’s tail, which is also its only weak point. Sadly, you cannot cut off the tail, so you will still have to be ready for Tail Attacks, but not having to deal with those colored fruits, is a major plus. A good strike to the tail will also knock the monster down.

Bishaten is an extremely mobile monster, and will often try to catch you off guard with its Aerial Dash attacks. These attacks can be difficult to avoid if you’re using melee weapons, so you should always keep an eye on how the monster behaves to avoid them. Using ranged weapons is preferred, as it is much easier to avoid these attacks from a distance. 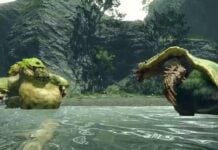