Home Guides How to Defeat Aknosom in Monster Hunter Rise 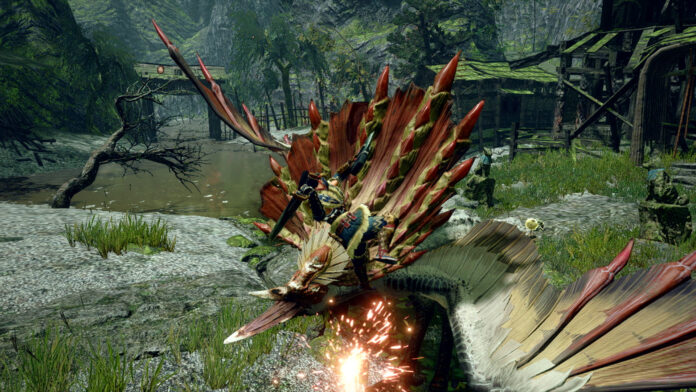 Monster Hunter Rise features a lot of different monsters, some returning from previous entries in the series and some entirely new, that come with unique traits and attacks. As they are all so different from one another, knowing exactly what they are capable of is very important to emerging victorious against them, no matter the quest rank they are encountered in.

Here’s everything you need to know about Aknosom to defeat the beast with ease.

Aknosom is one of those monsters that are very easy to instantly recognize, due to the unique characteristics that make it look like an umbrella. As it is capable of spitting fire, Aknosom is very weak against water, but its resistance against thunder and ice is also particularly slow. Bring some fire protection and water-based weapons, and you will have an easier time dealing with this monster.

While Aknosom has some nasty special attacks, like Beak Slam and Fireball Frenzy, the monster is far from being the most dangerous in the game. This is due to the fact that it always stands on one leg before unleashing any of its attacks, making them quite telegraphed and easy to avoid. Make sure to get back from the monster once you see it standing on one leg to avoid incoming damage.

One small exception to this rule is for the Fireball Frenzy attack, as, in this case, Aknosom flies away before unleashing the attack. Just back away and get ready to dodge to null the fire damage you may end up receiving.

Once you have learned how to avoid Aknosom’s attacks, there isn’t a whole lot to look out for. Try going after the monster’s wings and crest to deal the maximum amount of damage, and if you have the means to deal water damage, it will not take a long time to defeat this monster. As already mentioned, it really is not much of a threat.