Home Guides How to Defeat a Silver Grove Specter in Warframe 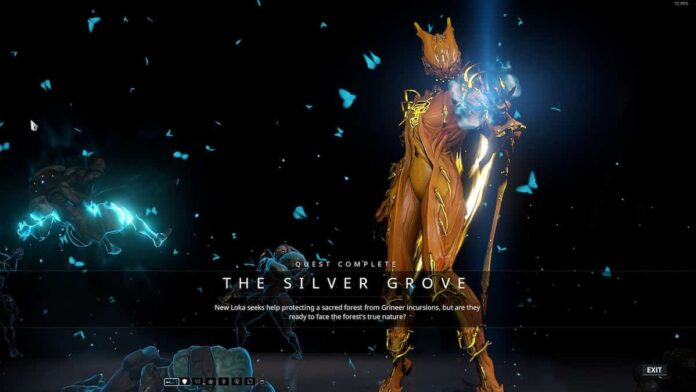 Silver Grove Specters can be found in the Silver Grove quest if you’ve been playing Warframe for a while. If you find and kill one, you’ll get 7,000 Nightwave right away, but it’s a lot easier said than done.

If you are wondering how to defeat a Silver Grove Specter in Warframe, then you’ve come to the right place! Here in this article, we will discuss that and much more in detail.

How to Defeat a Silver Grove Specter

To kill a Silver Grove Specter, you must first complete Warframe’s The Silver Grove quest, which can be obtained from the New Loka Syndicate on any relay if you have already completed The Second Dream quest. After that, you can speak with the New Loka leader, who will tell you about a strange grove on Earth. This quest does not require you to be in good standing with New Loka, so don’t be concerned if they despise you.

Where To Find The Silver Grove?

It can spawn on any node on Earth with a Grineer Forest tileset, but most people flock to E. Prime because of the low-level enemies and simple Extermination mission requirement. You’ll have to look around for the Silver Grove because it won’t appear on your map right away, and each Grineer Forest node in Warframe is generated at random.

When the Lotus sends you a message about an “increasingly dense neural network beneath the forest floor,” you’ll know you’re close to the Silver Grove. Look around for a branching tunnel from here. When the music changes and you pass through an ethereal barrier before entering a picturesque grove with a waterfall in the back, you’ll know you’ve found it.

A shrine that resembles a pile of stacked rocks stands in the center of the grove. A Grove Guardian will appear and attack you if you use an Apothic on this shrine. These Silver Grove Specters aren’t much tougher than the Specters you’ll encounter in the solar system’s various relays, so if you’ve unlocked the majority of the planets there, you shouldn’t have any trouble taking one down.

RELATED – How to Get Nautilus in Warframe

Did you find our guide on how to defeat a Silver Grove Specter in Warframe useful? Let us know in the comments section below!