Home Game Guides How to Create a Kelp Farm in Minecraft 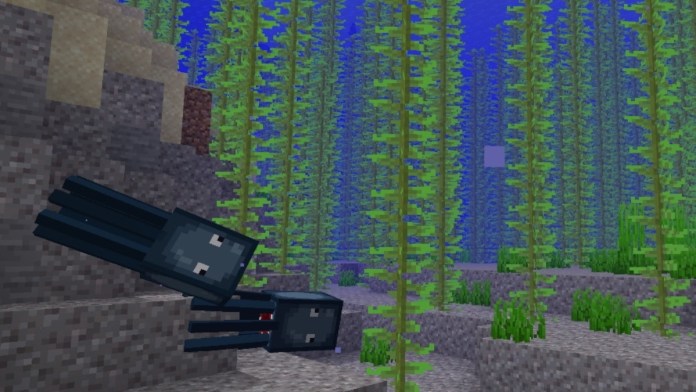 Creating a kelp farm in Minecraft is very useful and simple to do. Kelp can be turned into Dried Kelp and used as a food source, as furnace fuel, and even compost. To make it, here’s what you have to do.

Where To Build The Kelp Farm

You’re going to be underwater for quite a bit, so it’s recommended to bring some potions that will let you stay underwater longer without drowning. This isn’t crucial, but it does save you time because you won’t have to keep stopping and going to breathe at the surface as much.

Next, find a spot deep down in the water that is submerged but on the edge of a wall. Put down some dirt first, ideally eight blocks. You can make it as big or as small as you like, but choose the size based on the resources you have. Next, line the dirt section on one side with glass blocks. Put some piston blocks on top of the glass material to box it in, making sure the pistons are facing inward. Finish surrounding the structure with the glass. Once everything is lined up and the dirt is surrounded, plant your kelps in the dirt.

This step will be building the tunnel part of your structure. Put some wooden blocks on the back of the pistons and then blocks of dirt on top of those. Those dirt ones are just placeholders here that you will get rid of later. At one end of the structure, put two glass blocks on top of the dirt along with an observer block, making sure that the face on the observer is looking upwards towards the sky. Next, put more blocks of glass around the placeholder dirt blocks and when you erase them later, you should have a new glass tunnel structure to move through. Put redstone dust on top of those wooden blocks that now make up the floor of the tunnel.

How To Make The Farm Mechanic

Your next step should be to finish setting up glass all around the kelp patch. You want to do it all the way up to the surface of the water. Note that when building the shape of your structure it should be something like a rectangle with two endcaps on either side. Now you will create the collection system for the farm. To start, put a trap door at one of the vertical endcap edges of the glass enclosure. Make sure to leave it open.

Put a placeholder block next to this spot and then a chest. Step onto the placeholder block and put a hopper next to the chest, making sure to point it at the chest. Put a rail over the hopper, making sure that it faces the trap door. After that, put a hopper minecart on the rail. Next, put a slab on top of it. After that, put an observer block on top of the glass block that is diagonal to the slab. Make sure it’s on the side that is closer to the land and that the red dot is facing toward the land also. After this, put a sticky piston next to the observer and make sure is it facing the direction of the observer.

How To Activate The Mechanic

Stack about three more horizontal rows of glass around the area, making sure to surround the observer in the process. Next, you’re going to put down some signs on the inside of the enclosure on the same line that the observer is on. Put as many for however long your enclosure is. Now put some placeholder blocks above the sign and observer. Then put a bucket of water over that, making sure to do it at the end that the observer isn’t on. Now you can remove the placeholder blocks and you should have a watery ramp shape at the top of the structure.

The next step is to get the sticky piston to activate the observer. To do this, start a vertical wall of cobblestone next to it that goes down into the water all the way to the length of your structure. If you did it correctly, you should hear a sound and then see your kelp inside the structure ready to be collected. The structure you built will automatically deposit the kelp right into the chest. For the last step, stack an additional vertical line of cobblestone on top of the one you just made, making sure to start it just below the observer.

Now you have an activated automatic kelp farm that will make collecting a breeze!

How to Create a Kelp Farm in Minecraft