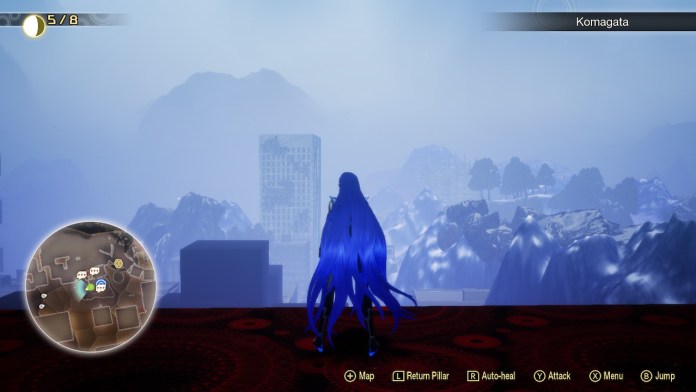 Shin Megami Tensei V, just like many other role-playing games, features a lot of different sidequests that will pit you against some very powerful enemies or send you on a treasure hunt that will let you experience more of the eerie beauty of Da’at.

Among the sidequests that are available in the final ward of the game, the Taito ward, is The Sleeping Sands sidequest. Here’s how to complete it as quickly as possible.

The Sleeping Sands sidequest in Shin Megami Tensei V can be started by speaking with the Sandman demon located nearby the Komogata Leyline fount. You can find the demon’s precise location on the map below.

This Sandman will ask the Nahobino to bring it two Sleeping Gems. These items, which can be used in battle to inflict Sleep to the enemy, can be obtained as enemy drops or found inside treasure chests, and if don’t really use offensive items in battle, you will likely have more than enough in your possession by the time you reach the Taito ward.

Once you have enough Sleep Games, speak against with Sandman to complete the quest. You will get 33,000 EXP points as well as an Amrita Shower as reward. From now on, you can also repeat the quest, so you will be getting an Amrita Shower for every two Sleep Gems you bring to Sandman.