Home Game Guides How to Complete The Angel of Destruction Sidequest in Shin Megami Tensei... 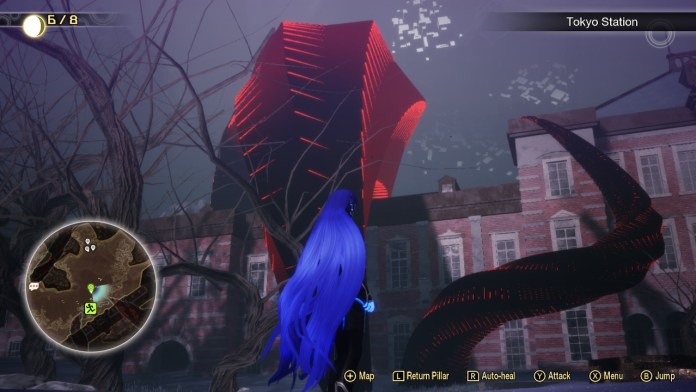 Many of the sidequests in Shin Megami Tensei V pit the Nahobino and his party of demons against some very powerful enemies that will put your skills and knowledge of the game’s mechanics to the test.

Among these sidequests that feature battles against some very powerful demons is The Angel of Destruction sidequest. Here’s how to complete it.

The Angel of Destruction sidequest can be started after defeating Ishtar near Tokyo Station in the Chiyoda Ward and speaking with a Power that appears in the area after the demon has been defeated.

The Power will tell the Nahobino to meet with Camael, who can be found to the southeast of the Ochanomizu Leyline fount. The demon’s precise location can be found on the map below.

Once reaching Camael, interact with him to start a fight. Camael will be accompanied by two Powers, so you will need to bring demons that can fight these enemies well. Camael is weak to Ice, while the Powers to Force and Dark, so demons that can use these skills will give you an edge in battle. Debuffing also works great, as the three demons have no ways of removing them.

After defeating Camael, return to the Power to complete the quest. You will get 25,000 EXP Points and a Light Sutra as reward.