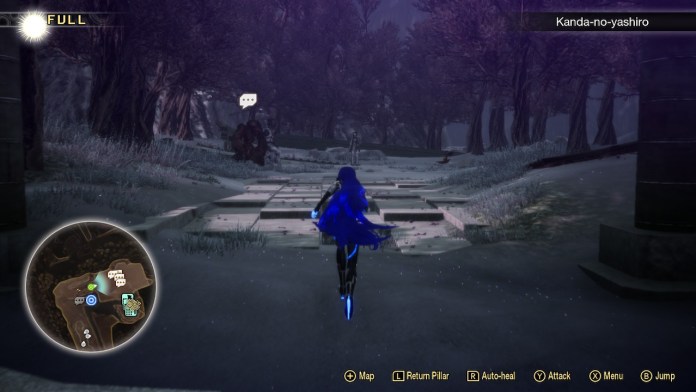 Shin Megami Tensei V features a lot of different sidequests that will pit you against some extremely powerful demons that will put your skills to the test.

Among these combat-focused sidequests is The Ancient Guardian sidequest. Here’s how to complete it.

The Ancient Guardian sidequest can be started by speaking with Okuninushi, who can be found near the Kanda-no-Yashiro Leyline fount in the Chiyoda ward. The quest, however, will only be available once you have gone to the Taito ward at least once. The demon’s precise location can be found on the map below.

Okuninshi will tell you to meet with Arahabaki, who can be found near the waterfall in the Fairy Village. The demon’s precise location can be found on the map below.

Interacting with Arahabaki will start a fight, and you will have to defeat the demon to complete the quest. Arahabaki repels physical attacks but is weak against Fire, Ice, Force, and Electricity, so magic works great in this battle. The demon will also summon others to help it, but you should continue focusing on Arahabaki, as it is the most powerful of the bunch.

Once Arahabaki has been defeated, head back to Okuninushi and talk with him to complete the sidequest. You will get the Lord’s Sword as well as 60,000 EXP points as reward.