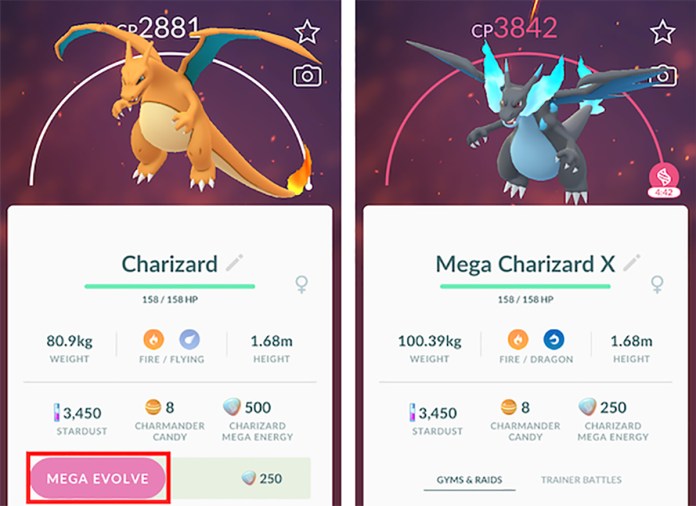 A Mega Moment is a special research task in Pokemon Go celebrating the massive revamp to the game’s mega evolution system. This task rewards players with mega energy, rare items, and more, so it’s a great opportunity for players interested in exploring Niantic’s new take on mega evolution.

Without further ado, let’s take a look at exactly what this four-step research task entails!

The first step simply requires the player to catch 3 Pokemon. While there are actually 3 tasks in this step, all of them have the same requirement, so you’ll finish all of the tasks simultaneously. These three tasks reward the player with a Bulbasaur, Charmander, and Squirtle, so it can be helpful if you don’t already have a powerful Kanto starter Pokemon.

After you complete this step, you’ll have the choice of either Mega Venusaur, Mega Charizard, or Mega Blastoise. Future tasks will reward you with mega energy for the Pokemon that you choose, so consider your decision carefully. Charizard and Venusaur are arguably the stronger options for raids, but Blastoise still has strong utility for your teammates with its formidable bulk.

These steps will reward you with a total of 100 mega energy for the Pokemon that you chose, as well as a Charged TM. Upon completion of all of these steps, you will also receive 1,000 experience, 600 stardust, and 100 additional mega energy for your chosen mega evolved Pokemon.

Once again, step four has three parts that you will need to complete:

These steps reward a total of 6 Revives, 2 Silver Pinap Berries, and 6 Hyper Potions. Completing each of these steps will further reward you with 2,000 experience, 1,500 stardust, and an additional 100 mega energy for the Pokemon that you chose at the end of the first step.

So How Do I Complete A Mega Moment?

This special research task entails four steps, which involve catching Pokemon, raiding, defeating a Team Go Rocket grunt, powering Pokemon up, and interacting with the Pokemon that you have chosen as your buddy. It’s a fairly short questline, but completing it can be very useful for players that don’t already have a wealth of mega energy for the three Kanto starter Pokemon!

How to Complete A Mega Moment in Pokemon Go