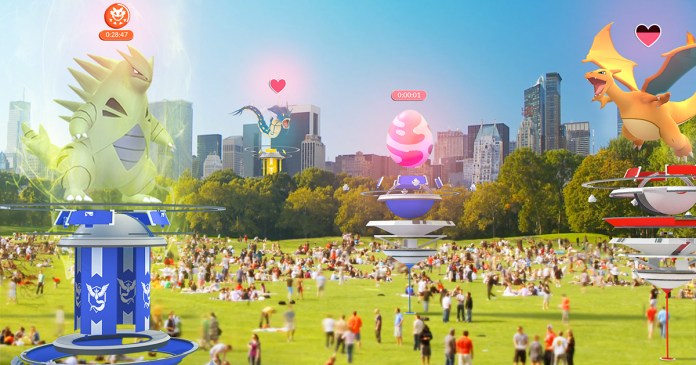 Legendary Pokemon are amongst the most powerful and exciting creatures in any Pokemon game, and Pokemon Go is no exception. That said, the way that you go about encountering and catching them in Go generally varies a lot relative to other Pokemon games. This can leave series veterans a bit confused about how to catch legendary Pokemon, but fortunately, our guide should lay out the basics for you!

Raids are a fairly unique mechanic in Pokemon Go, although Pokemon Sword and Shield did something similar with their Max Raid mechanic. In Go, raids allow you to join together with up to 19 other players and hopefully defeat a Pokemon before the battle timer expires. Should you succeed, you’ll have a chance to catch the Pokemon, though you will be limited to only a handful of premier balls in your attempt to catch it.

The Go Battle League, Go’s main PVP format, offers catchable Pokemon as a reward provided that you win 3/5 battles in a given set. Beyond rank 20, these reward encounters have a chance of being legendary Pokemon, with the specific Pokemon generally being whatever is available in raids at the moment.

While this is arguably a less reliable way of getting legendaries than simply trying to find them in raids, it doesn’t consume a raid pass and doesn’t require the help of other players, so it’s not a bad option if you’re looking to limit your spending or are playing the game solo.

Catching Legendary Pokemon in the Wild

It’s worth noting that under normal circumstances, legendary Pokemon cannot be caught in the wild. That said, when Sinnoh’s trio of Lake Spirit Pokemon was released in Go, these Pokemon were added to the wild spawn pool albeit at an incredibly low rate.

It’s worth noting, however, that even many people who play Go on a daily basis have never seen a Lake Spirit in the wild, so this is more of a technicality than a reliable way of finding legendaries.

Certain events, namely the recent Johto Tour event, can also feature legendary Pokemon in the wild, though this has only happened once. Even during the Johto Tour, Entei, Raikou, and Suicune generally fled, making this an unreliable way to catch legendaries.

So How Do I Catch Legendary Pokemon in Go?

How to Catch Legendary Pokémon in Pokémon GO