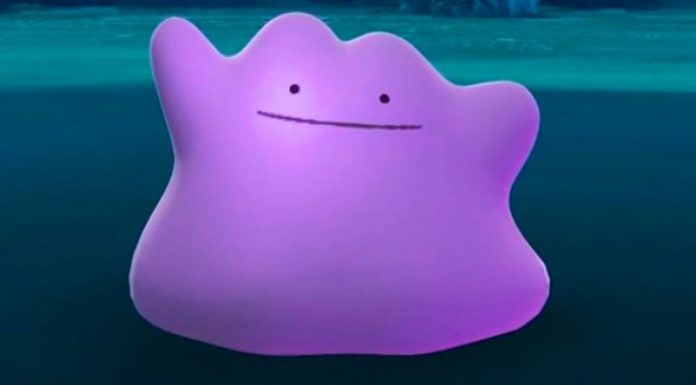 Niantic has a great treat for Pokemon Go fans starting today: there’s a brand new Pokemon that you can capture in the game. And this one’s pretty impressive!

Ditto has been launched into the world of Pokemon Go and you can start the hunt for him starting now, but it won’t be really easy to capture. But we are here to tell you how to catch Ditto in Pokemon Go, as well as share with you all the details on the new character. As I said already: you will love him!

How to get Ditto in the game

Pokemon fans know that Ditto is a cutesy pink blob that can transform into any Pokemon out there. He doesn’t really like to get caught, though, so he usually disguises himself into other Pokemons. This means that, on the map, you will never actually see a Ditto: instead look for the regular Pidgeys or Rattatas as that’s what he usually uses as a disguise. In order to catch Ditto, you will have to catch the Pidgey or Rattata that he’s disguised as and then you’ll get an “Oh!” message on the screen and the good news that you have captured the new Pokemon.

However, there is absolutely no way right now to tell if a Pidgey or Rattata (or any other Pokemon) is actually a Ditto, so you have no other option than to keep hunting and eventually you will get him. Some players were extremely lucky and got him after the first or first few Pokemons they captured, while others have caught more than 10 and still haven’t caught Ditto. So it is, just like most things in the game, a very random thing. But stick to it and you’ll get him sooner rather than later! 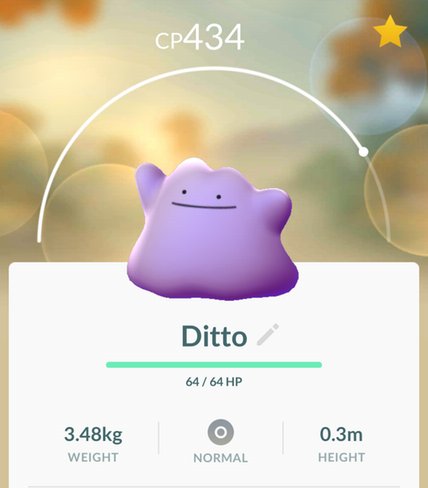 Why would you even care about getting this Pokemon? Well, because it’s an extremely special one and I am here to share with you all the details and tell you how he works – it’s pretty amazing!

Even though when you first look at him, he’s not really impressive, once you send the little guy to a Gym, things get better: he immediately morphs into a copy of the Pokemon he’s facing! It will also take the Pokemon’s base CP, however updating it with its own CP curve. This means that you are up for at least an even fight, no matter who you’re fighting against!

In defense, the same thing happens. It only has the Struggle move, though (since Transform is used to… well… transform!) and that is usually used when fighting against other Dittos. It’s really cool, though!

Did you manage to get your Ditto in the game? Do you like the new addition or you were hoping for some Legendary entries instead?