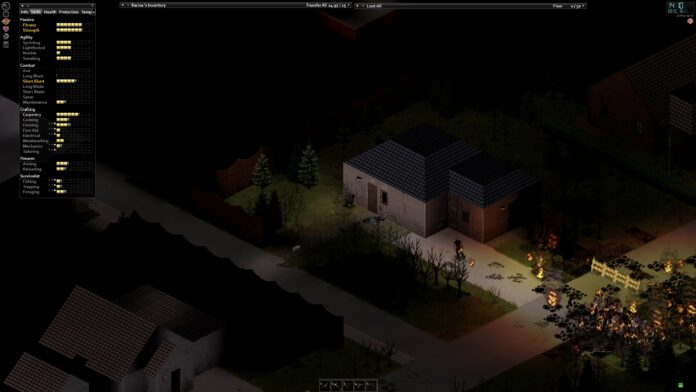 In the Project Zomboid game, there is an opportunity to set fire to any house. The developers have worked on the fact that structures can burn. At first glance, it may seem that you don’t need to spend time and resources on it. But in fact, the first reason for this is that by setting a big fire you can attract nearby zombies. It will lead them away from their hiding place. The second reason is the mass grave of zombies that you have picked up in large numbers. You can lure them all into the inside of the house, and get out of the window or door yourself and set fire to the house. However, you still need to run away from such a house, as the sounds of burning attract new nearby zombies.

The question arises, how to properly set fire to the house so that it burns in a proper way? There are two working methods by which you can achieve the desired result. And we will discuss them below.

How to Burn a House in Project Zomboid

The first method is relatively easy to implement since you need to craft several cocktails and throw them alternately and evenly. The main thing is not to block the path yourself, as playing with fire and water is very dangerous. Due to excessive fire, you can get burns, which will negatively affect the character’s condition in the future.

RELATED: How to Disinfect Wounds in Project Zomboid on Steam Deck

The second method is simple and requires the presence of gas in the burner and a source of the fire. The source of the fire can be a candle, a lighter, etc. To protect the character from the consequences of the explosion, the source of fire must be placed near the burner initially. It should also be noted that it is not always possible to set fire to houses with a burner. Broken windows prevent the accumulation of gas, which in turn will not give the desired result.

It is also theoretically possible to use flammable liquids for this. Perhaps in new versions of the game, this feature will be improved and finalized by the game developers.