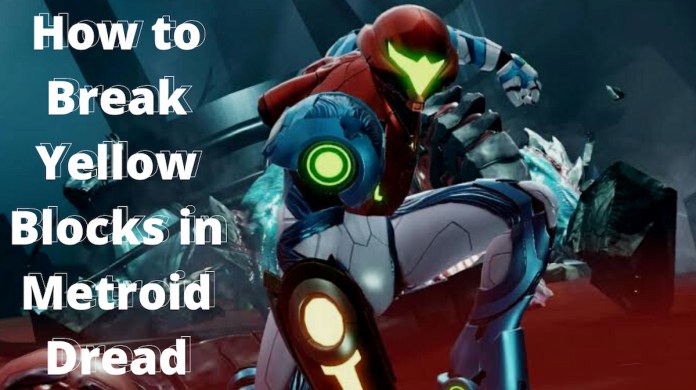 Metroid Dread is an action-adventure platform game from Nintendo for the Switch console. The game has amassed a high number of users ever since its launch and has went on to become one of the most popular titles on the Nintendo Switch.

In this brief guide article we’ll be helping out with the blocks in Metroid Dread, especially the yellow blocks. A lot of players find it complicated in figuring out how to break them, so if you’re stuck in the game because you’re unable to break the yellow blocks, then here’s a guide to help you do just that.

So the first thing you need to know is that blocks such as the yellow and blue ones cannot be broken easily. You will need a certain ability to break them. Some blocks require special attacks or skills such as the screw attack or acquiring a speed booster.

To get screw attack, you’ll have to head to the extreme area of the Cataris mqp that leads to the lava room after you’ve defeated the Cataris boss and trying to re-route the thermal fuel. When you’re there, you’ll see a blue teleportal, use it to reach the Artaria and get the screw attack.

How to Break Yellow Blocks

Now, before you can destroy a yellow block, you need the speed booster ability. You can get one from the yellow EMMI and which you’ll get the ‘Speed Booster’ acquired prompt. After you’ve done this, you need to have enough space to start running in order to activate the speed booster.

After you’ve ran a certain distance and amassed just enough speed, you’ll notice that the supersonic speed will be activated and you can now easily destroy the yellow blocks wall that are blocking your path.

Lastly, you don’t necessarily need the screw attack to break the yellow blocks but they might come in handy in case you stumble upon a different type of block that may require them.