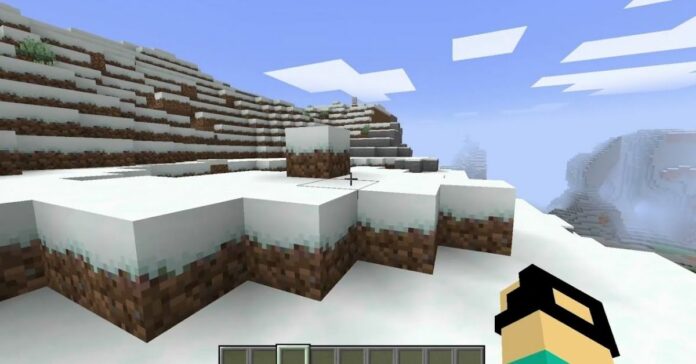 Minecraft is an open-world sandbox game with a randomly generated environment. The developers have released two versions and are developing them in parallel. Minecraft Bedrock wrote in C ++, and the Java version is in Java. This guide will tell you How to Break Bedrock with Powder Snow in Bedrock Edition.

How to Break Bedrock with Powder Snow

This method is essentially a glitch that appeared in version 1.17. You only need 2 Buckets of Powder Snow and 1 Cauldron.

The Bucket of Powder Snow, as the name suggests, is just a bucket of Snow. You can get it using a bucket on the Powder Snow Block or the Cauldron with Snow. This is the only way you can carry the Snow wherever you need it.

The Cauldron was created for brewing, but in later versions, this function was transferred to the Brewing Stand. And now the Cauldron is used to store Water, Lava and Snow Powder. And it can be used also for creating a Leatherworker from a Villager and for washing paint from dyed leather.

Cauldrons can be found in the basements of Igloos Witch Huts, Woodland Mansions, and Tannery houses. And also you can craft it from 7 Iron Ingot.

And now let’s describe the glitch itself. You need to have a space in one block under the Bedrock block you want to destroy. In this space, you place the Cauldron. It doesn’t matter if the Cauldron is standing on something or hanging in the air. Then you fill the Cauldron with two Buckets of Powder Snow and the moment you click a second-time Bedrock will be annihilated and a Powder Snow block will appear instead. By repeating this trick, you can easily destroy Bedrock blocks.

How to Break Bedrock with Powder Snow in Minecraft Bedrock Edition