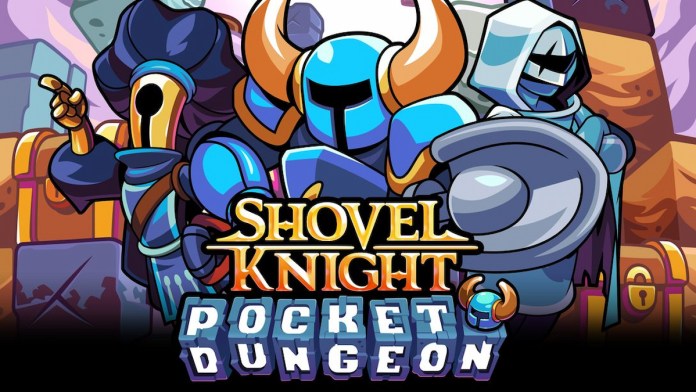 One of the most exciting new feature about Shovel Knight Pocket Dungeon is that all the bosses from the first Shovel Knight game are back and this time not only can you battle them but you can also play with them as well.

The likes of Tinker Knight, Mole Knight, King Knight, etc are available in the game but you’ll have to defeat them first before they can be unlocked as playable characters.

So in this brief guide we’ll be showing you how you can easily defeat the Treasure Knight when you face him at the Chromatic Caverns once you’ve completed the stage.

How to Beat the Treasure Knight

The fight kicks off with your character, Shovel Knight surrounded by blocks. In order to get the main fight started, you should break out of the blocks and some of them even contain treasure chests.

Also, if you have spare keys from the Chromatic Caverns, you can alternatively make use of them in this level and score more items that’ll give you an advantage over the Treasurer Knight.

Unlike the other classic Knights, Treasure Knight isn’t nimble but he’s still dangerous. The first major attack he’ll send your way is a burst of gold coins that’ll come in a 3×3 grid in front of him. Once you see that the squares have lit up, move aside to evade them.

His second major attack is also going to be a 3×3 grid that will appear at range. This time it’ll be a burst of water that will launch you to a new space, deals damage and even leaves flooded squares behind.

The squares will make your movement slower than usual but stepping on them will will bring back your normal movement. Then for his final attack, Treasure Knight will charge you once he’s cornered and you should try to evade it as it comes.

An unexpected turn of events in the fight is the amount of monsters that will enter the fray, including Geappses, Hermittacks, and Beetos. None of them are highly dangerous threats but they can still deal you considerable damage as well as take up lots of space.

After you’ve put down the Treasure Knight, he’ll become a playable character and his speciall perk is dealing more damage whenever you use him to attack from a lower square. This perk applies to enemies, bosses and even objects.

How to Beat the Treasure Knight Boss in Shovel Knight Pocket Dungeon: Tips and Cheats