Home Guides How to Beat the Snow King in Mario Golf: Super Rush 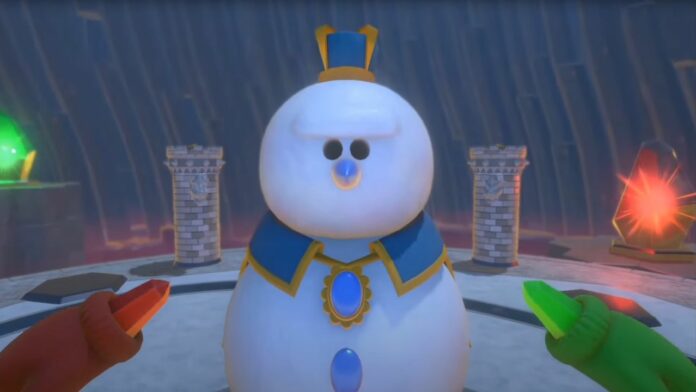 The Mario Golf: Super Rush Golf Adventure Mode is filled with all sorts of challenges, including some intense boss battles that will put your skills to the test. Once you have mastered all of these challenges, however, you will have to take on the ultimate test of skill offered by the game: taking down the powerful Snow King.

Here’s how to defeat the final boss of the Mario Golf: Super Rush Adventure Mode with ease.

How to Defeat the Snow King in Mario Golf: Super Rush

Where to Find the Snow King

To find the Snow King, you will have to play Golf Adventure mode until the very end. Once you have made your way to the Bowser Highlands, you will be sent directly to the Main Course: complete the first 9 holes to reach the Snow King.

How to Defeat the Snow King

Take the Arms Down

To take down these crystals, all you need to do is locate the Bomb-ombs and launch them at the crystals as if it were a regular shot. If you miss, or the Bomb-omb is destroyed, wait a few seconds for it to appear again.

Once the Snow King’s arms have been taken down, it’s time to start damaging the boss. After you have successfully destroyed its arms, the Snow King will throw a snowball at you, leaving a mound at the point of impact. Get on the mound and use a Duff Shot to send the next snowball back at the boss.

Once this is done, the Snow King arms will grow back, and to take them out this time, you will have to destroy all four crystals using the same method described above. After destroying them, the Snow King will throw snowballs once again, so use a Duff Shot for the second snowball to damage the huge snowman again.

For the final phase of the fight, the Snow King will have its arms back, but you won’t be able to destroy them this time. Just focus on deflecting yet another snowball to finally defeat it and obtain the coveted Platinum Badge.

During the course of the fight, the Snow King will constantly fight back with snowballs. To avoid getting damaged, you need to get out of the purple zones on the ground as fast as you can. If you get hit, your temperature will fall, and if it reaches 0, you will have to start the fight over from the very beginning.

How to Beat the Snow King in Mario Golf: Super Rush