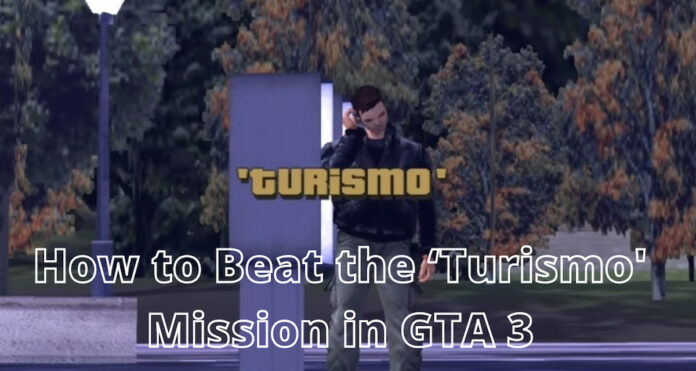 There are certain missions in every GTA titles that gives even the most avid players tough time before they are able to scale through and pass the mission. And in GTA 3, we have tons of them with one being the Turismo mission in Portland Island.

The Turismo mission is a race against other three exotic cars that you must win in order to pass the mission. So if you’re finding it difficult to scale past and emerge victorious, then read through our detailed guide on how to beat the Turismo mission and win the race.

After receiving the call from El Burro, you’ll be asked to find a fast car and get to the starting grid. There are many good cars in Portland Island that you can use to attempt the race but there’s only one that can guarantee your victory – the Banshee.

The Banshee is an exotic car that’s hidden in at the Autoyard in the streets of Saint Mark’s, Portland Island. You have to find a vehicle and drive to the location of the Banshee and pick it up. The car is parked in a what looks like a show-glass, so you can either shoot the glass with a gun or ram it with a car to break it down.

You’ll be racing against exotic vehicles such as the Infernus and the Cheetah so it’s only fair that you bring an exotic ride of your own. After taking the Banshee from Saint Mark’s, drive it to the starting Grid at Chinatown.

Once the race has commenced, don’t try to win by speed only, the best way to win the race is by avoiding hurdles and keeping a considerate pace between you and your opponents. Your opponents are fast but they’re also dumb. They’ll make a lot of mistakes and lose control of their car several times in the race and all of this is an opportunity for you to take the lead.

When passing every checkpoint, always be certain you drive right through the middle of it to avoid missing it and having to revise back and enter it again. And sometimes you may not even be aware you’ve missed a checkpoint. So always keep that in mind.

Also, avoid coming into contact with other vehicles as well as that will only slow you down and your opponents will be right behind you to take advantage of your error. The final thing to note is to handle the Banshee gently. Exotic cars have a very flexible sensitivity that makes them turn faster and sharper than normal cars, so don’t overturn and don’t over-speed either.

That’ll be all from us on how to pass the Turismo mission in GTA 3. It’s a rather simple mission that requires a fast car and good vehicle handling. Once you have that, you should be good to go.

Also, remember that it is possible to pass the mission without actually having to pickup the Banshee, but having the Banshee increase your chances of winning the race by a lot. Also you can save it in your garage after the race and it’s always available at the Autoyard in Saint Mark’s.

How to Beat the Seemingly Impossible ‘Turismo’ Mission in GTA 3