Home Game Guides How to Beat the Giant in Dead Cells 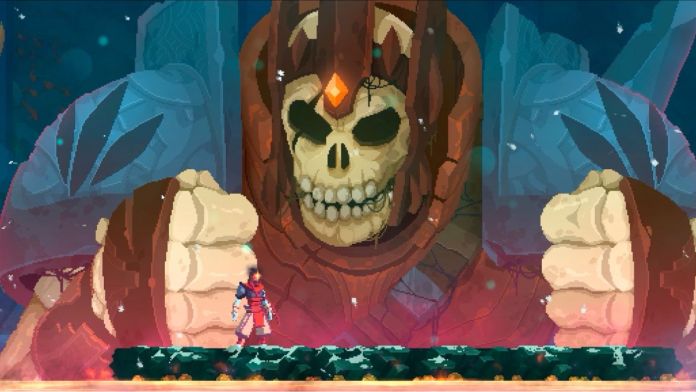 Dead Cells is a very hardcore roguelike game. There are many difficult stages you will need to deal with. In this game, you will encounter lots of enemies and traps. However, bosses are the most problematic thing to deal with in this game. There is a huge amount of them and today we are going to talk about one of the biggest ones. This guide will tell you how to defeat The Giant in Dead Cells.

How to Defeat the Giant in Dead Cells

The Giant in Dead Cells is a tier 2 special boss you can encounter in Guardian’s Heaven. It looks like a giant skeleton with huge fists and a crown on its head. The boss itself doesn’t move too much during the fight and you have to deal only with its hands. However, you will need to learn its attack patterns.

The first thing you can see when you fight this boss is that it has two hands moving around the arena. These are the only thing you can damage at the beginning of the fight. When you take down one of these hands it stops moving and falls on the arena. At this moment The Giant’s eye will appear above the arena and you will be able to deal damage to it. By doing this you will deal damage to the boss itself as it doesn’t receive any damage when you hit one of its hands.

RELATED: How to Get Hattori Katana in Dead Cells

There are a few attacks you need to dodge during this fight. Both hands are able to perform these attacks. So, you should expect them incoming from both sides. Here is the list of all attacks of The Giant:

How to Beat the Giant in Dead Cells