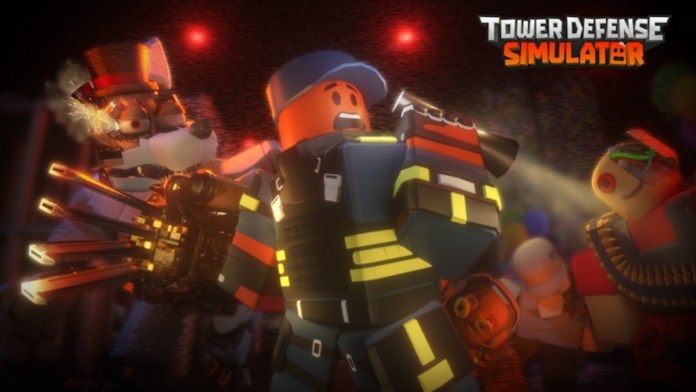 Pizza Party is a restaurant with a gloomy, unsettling ambiance. The walkway ends at an exit on the opposite side of the eating area from the entrance, which is situated at the stage. Pizza Party is a map that is always in Fallen mode. Because it is a unique map, only a special elevator can contain it. You must be level 25 to play this map as a result. This page will show you how to beat Pizza Party on Tower Defense Simulator.

At least one player must have a tower that can detect flying enemies since the Balloon Kids who spawn on this map are flying enemies. The Executioner can be quite successful in eliminating them because they spawn in hordes. Due to its tremendous DPS, the Ace Pilot can easily deal with several Balloon Kids.

Due to the Ranger’s tremendous damage output, Balloon Kids may be effectively defeated by a group of Rangers. Numerous opponents who have the ability to stun multiple towers will eventually appear in the game. As a result, the Medic’s Revive ability may be quite helpful for removing stunning effects from towers.

Each player must bring the Scout/Golden Scout, Shotgunner, Commander, and Minigunner/Golden Minigunner with them in order to activate the Lost Souls modifier in Pizza Party. Any tower may be used as the loadout’s fifth tower.

To combat Balloon Kids, at least one player must bring flying detectors. The finest candidates for this are the Ace Pilot and Executioner.

Due to the fact that towers may be stunned by Wox the Fox, Warden, the Minigunner, Slime, and Goo, it is also strongly advised that one player carry the Medic.

Since Farms are often off-limits, a DJ Booth is very beneficial, which makes the discount buff even more effective. Additionally, Wox the Fox’s Game Over ability, which places a range debuff on all towers, can be somewhat countered by its range buff.

Teamwork is vital in this situation. It is exceedingly improbable that you will beat Pizza Party if Lost Souls is playing and random gamers are present.
It is very advised to use a pre-made approach. Every player should fully comprehend the method employed.

Be mindful of how the wave structure is changing. It’s crucial to be ready for these waves, since certain waves may generate more foes than anticipated.

Chain the Call to Arms power of the Commander. The Commander can be used by just one player.
The Golden Minigunner and Golden Scout are superior to the Shotgunner, hence it seldom sees action.

You will need to shift your Minigunners/Golden Minigunners to the opposite side of the map if Wox the Fox manages to get to the later half of the map.

How To Beat Pizza Party On Tower Defense Simulator