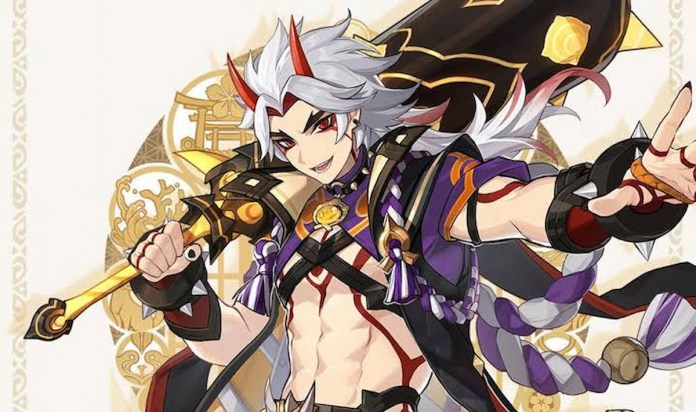 Since its release, Genshin Impact has received tons of acclaim for its fantastic gameplay, impressive graphics and intriguing storyline, open world and visuals.

The game offers a large number of characters to play with and each of these characters are special in their own ways.

They can turn the tide of a battle in various ways, either by using their abilities, weapons or elemental synergy which is also known as Elemental Reasonance.

Depending on the character you’re able to unlock and use in Genshin Impact, you’ll enjoy a entirely new and thrilling experience in the game.

In this article however, we’ll be focusing on one particular character who caused quite the buzz amongst fans when he was announced. So without further ado, here’s all we know about Arataki Itto’s age in Genshin Impact.

How Old is Itto in Genshin Impact?

In Genshin Impact, every character has their separate story backgrounds and that helps you have better interactions with them.

If you look at their history close enough, you’ll get to know their age, height, birthdays and even the story behind each and every one of them.

Arataki Itto originates from Oni and is the leader of the Arataki Gang. He is described in the game as “fast as the wind and mighty as thunder”. However, he is more of a Geo character.

Itto was born on June 1st, but there is no precise knowledge on his exact age. Some players assume him to be 24, years old but considering his origin and the fact that there is no actual depiction of his age, we can only say that he is very old, way older than 24.

Have you been able to play Genshin Impact with Arataki Itto? Then leave us a comment on his exact age if you can. We would love to hear from you! Thanks for reading and happy gaming!