Home Guides How Many Playable Characters Are in Ys IX: Monstrum Nox? 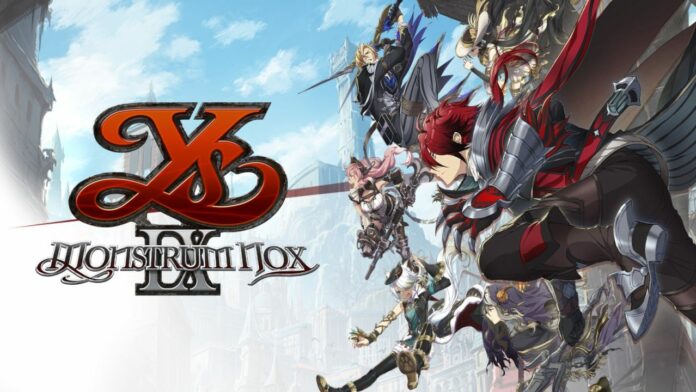 For a very long time, the Ys series only featured a single playable character, the red-haired adventurer Adol Christin. Since the release of Ys SEVEN, however, Adol has stopped being the only playable character, as many other companions join him in his adventures to discover the mysteries of the world.

Ys IX: Monstrum Nox features the same party system featured in previous entries in the series like Ys VIII: Lacrimosa of Dana, with each character coming with different abilities that set themselves apart from one another. But how many characters does Ys IX Monstrum Nox exactly feature? Let us find out.

How Many Characters are in Ys IX Monstrum Nox?

Ys IX: Monstrum Nox features six different playable characters, Adol plus five other companions that join him during the course of the adventure. They are collectively known as Monstrum, and their unique Gifts seem to be tied to some mysterious happenings that are shaping the modern history of the city of Balduq and its surroundings.

Adol Christin is once again the main character in Ys IX Monstrum Nox, and he is the character you will likely spend the most time playing as, thanks to its powerful and versatile moveset. His innate attack attribute is Slash.

White Cat is the first Monstrum of Balduq who will join Adol in his new adventure during Chapter 2. A very agile fighter that has excellent aerial attacks, White Cat’s innate attack attribute is Strike.

Hawk will join Adol and White Cat in Chapter 3. A young man with a very bad attitude, he is a real asset in combat thanks to the amazing range of some of its skills. Hawk’s innate attack attribute is Pierce.

Doll joins Adol and his Monstrum companions in Chapter 4. A mysterious animated doll, this character’s Slash attack attribute means that you can put Adol out of the combat party without having to worry about not being able to strike any enemies’ weakness.

Raging Bull joins the party during Chapter 5. This energetic young lady is an extremely reliable fighter, coming with high HP which makes her extremely resilient and some extremely powerful skills that only hit enemies a few times, but hit them very hard. Her innate attack attribute is Strike.

Renegade is the final Monstrum that will join Adol and his companions in Chapter 6. An extremely composed young man, Renegade fights enemies from afar with his magic skills. His innate attack attribute is Pierce.