Home Game Guides How Many NPCs are in Terraria? – Answered 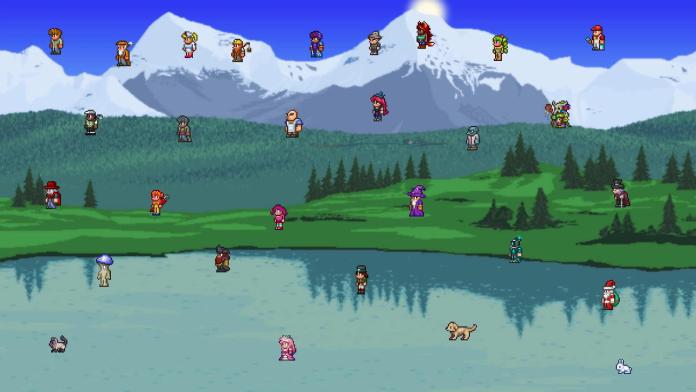 The world of Terraria is a beautiful yet hostile place, full of danger and mystery. To help you on your journey are a set of friendly NPCs, or non-player characters. These NPCs will move into houses you build, offering you helpful services and goods. Today, we’re here to answer the question: How many NPCs are in Terraria?

All NPCs in Terraria

As of the current patch 1.4.4.9, there is a grand total of 26 traditional NPCs in the game. We’ll sort them by when you can get them to move into your town.

These NPCs can be found and invited to move in before you defeat Wall of Flesh. There is a total of 18 normal NPCs.

Related | How to Get Molten Pickaxe – Terraria Guide

These NPCs can only move in once you’ve defeated Wall of Flesh and your world has entered Hardmode. There are 8 Hardmode NPCs.

These are other types of NPCs that aren’t counted towards normal NPC calculations, but they do help with Pylon requirements. The first up are pets, which are acquired by buying the corresponding license from the Zoologist.

Next up are the Town Slimes, which are basically friendly Slimes.

And with that, we’ve officially listed all the NPCs in Terraria. We hope that answers your questions about how many NPCs are in Terraria, and if you have any other questions, let us know in the comments below!

How Many NPCs are in Terraria? – Answered