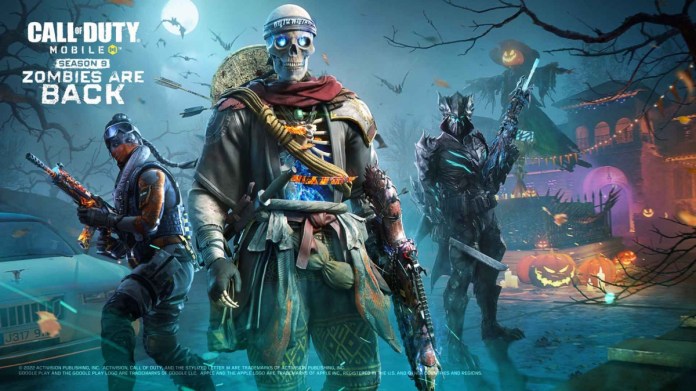 Zombies have returned to COD Mobile in time for spooky month! Season 9 begins on October 12th, and has brought zombie modes back to your favourite free-to-play shooter mobile game. Usually zombie modes are temporary and last a couple of weeks but will this be the case for COD Mobile Season 9? Check out the guide below to find out the answer to the question ‘how long does COD Mobile Zombies stay for? – Answered!

COD Mobile Season 9: Zombies Are Back!

Activision announced the new upcoming season will be perfectly themed for Halloween as it drops on October 12th 2022. Season 9: Zombies Are Back brings zombie modes, a new map, a new event, and new weapons for an exciting and much-anticipated new update.

Season 9’s Battle Pass will include classic C4 at Tier 14 and the new Krig 6 Assault Rifle at Tier 21, and premium Operator skins like Carbon Smoke, Zero. There will also be the usual rewards of camos, weapon blueprints, and more for free!

Related: How to Increase FPS in COD Mobile

Zombies will be returning in two modes: Zombies Classic and Super Attack of the Undead.

Zombies Classic mode sees you and your team mates defending yourselves against the hoards of undead in Shi No Numa (Swamp of Death). Load up on gear, set your perks right, and survive the rounds to win!

Super Attack of the Undead

In this mode you must make it to the end, either as a survivor or as a zombie! One players is chosen at the start of the match to join the undead. As the match progresses, players will either be infected or defend against zombies, and gain new abilities as they go. Be the last survivor or infected left to win!

All this and more will be arriving on October 12th, but exactly how long will these modes stay around for? It seems as the entire season is undead themed, and is introduced at Halloween time, the zombie modes should stay until the season ends. This means we may well see this new mode for over a month!

That’s all we know so far about the zombie modes coming to COD Mobile in season 9! Next up, why not find out which AR is best in COD Mobile? Good luck!

How Long Does COD Mobile Zombies Stay For? – Answered