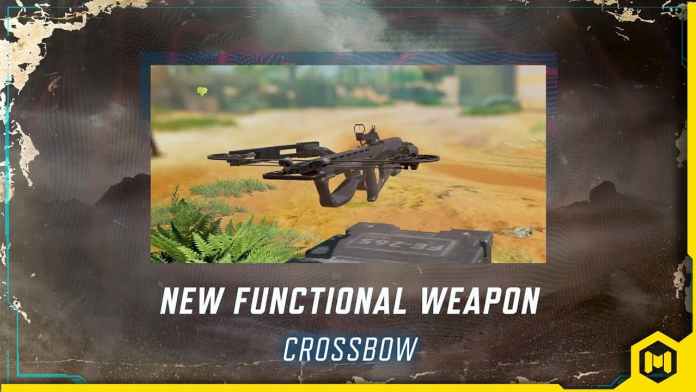 Call of Duty: Mobile season 7 brought two new functional weapons to the game – the Hades LMG and Crossbow. While the former was made available during the season 7 launch, the developers decided to roll out the latter over a period of time.

The much-awaited Call of Duty: Mobile, Crossbow, has finally made its way a week after the launch of the Season 7 update. The new functional weapon boasts massive damage even without any attachments. Moreover, its enormous mobility is another main reason to load the iconic Crossbow on the secondary slot.

However, much like other functional weapons in COD Mobile, players have to put some efforts in order to unlock it. In this article, we’ll find out the process to unlock the Crossbow in the game.

How to get Crossbow in Call of Duty: Mobile?

The only way to unlock Crossbow in COD Mobile is by completing all the tasks of the new seasonal challenge known as “Target Practice“. It’s a seven-part seasonal challenge, that obviously contains a bunch of different rewards and the crossbow at the final stage. Here’s the complete list of missions that must be completed:

It’s also worth noting that all the missions must be completed in sequential order only. Once all the seven missions are finished, the Crossbow will appear in the weaponry section of the Call of Duty: Mobile.

Also, watch the official teaser of the Crossbow weapon.

How to get Crossbow in CoD Mobile Season 7