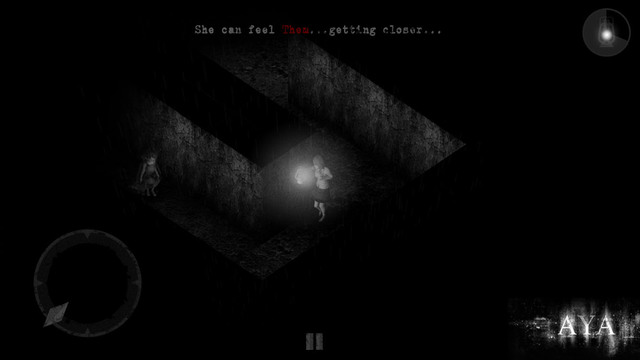 October is the month where people all over the world get ready for Halloween and several horror themed updates and new games usually get released on the App Store during the month. If you are ready to get into the Halloween mood, you may want to check out a really interesting horror game which is now available for purchase on the App Store.

The new game is called Aya and it’s been developed by Pine Entertainment. In the game, players will take control of the young girl Aya, whose soul is being haunted by Satan himself. Aya will end up entering a world of evil and will be forced to escape from the  demon haunted mazes created by Satan himself to free herself of evil.

The Aya gameplay experience is rather simple. Players will have to explore 13 mazes filled with demons that players will have to avoid at all costs. These demons aren’t easy to spot, so players will have to rely on the latern, which is the only light source at Aya’s disposal, as well as on the sounds the demons make. These gameplay features, coupled with the unique presentation, make Aya’s atmosphere incredibly scary, something that horror games fans will surely appreciate.

Aya is now available for purchase on the App Store for $1.99.