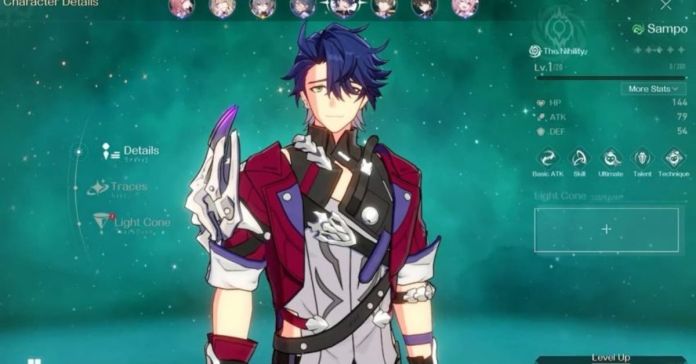 Honkai Star Rail is a new RPG from the developers of the famous Honkai Impact and Genshin Impact. The game has different characters, all with their own skillsets and abilities. A couple of days back, a few videos with the game’s heroes performing their abilities were uploaded on the Internet. Today, we are going to talk about one of these characters. This article will tell you about Sampo animations for normal attacks, skill, and ultimate in Honkai Star Rail.

Sampo in Honkai Star Rail is a man with blue hair and two curved daggers. His normal attack looks like a quick dash to the aimed enemy. After Sampo approaches the opponent, he performs three strikes with his daggers. It seems that the first two hits are light attacks that deal less damage, while the third one is a strong attack with better damage. Sampo in Honkai Star Rail can attack only one target with this move.

RELATED: When Is Honkai Star Rail Coming Out?

Sampo’s Skill in Honkai Star Rail is another attack that focuses on one enemy. Sampo unites his daggers into some kind of a glaive. After that, he throws this weapon to the aimed target. The glaive spins inside the enemy and hits a certain amount of times. When the attack is over, the weapon comes back to Sampo and turns into two daggers.

Sampo’s Ultimate Skill in Honkai Star Rail appears to be his only AoE attack. The character grabs his heart-shaped box and dashes to the opponents’ position. Then he opens the box and shows a smoke bomb inside it. When the bomb explodes, it spreads a lot of smoke around which prevents us from seeing the attack. When the smoke clears, we can see Sampo standing behind the opponents. This skill deals a lot of hits to them.