The world is a giant snack to you when you are a black hole! Hole.io is another entry into the ever popular .io series. This time, you play as a black hole and your objective is simple: eat the whole city! Beat other players to the punch and then grow big enough to eat even them! Our Hole.io cheats and tips will show you how to pick the best spots to feast!

Hole.io is all about moving quicker than your opponents, so our guide will tell you where to beat depending on your current size. Let’s get started with our Hole.io cheats, tips and tricks strategy guide!

Start off with the people and small objects!

Your black hole starts off relatively small, so you too will need to think little at the moment. Starting off you should only attempt to eat people and small, thin objects. Since people are so thin, they will slide right down the hole.

Objects like fire hydrants and cones will also go down easily, but be careful about trying to eat lamp posts and pole this early on. Since they are thin objects you would think they would go down easily, right? Just remember that each object has physics to it, so they actually need to fit all the way. Certain lamp posts and poles are lopsided because of the light, so they will not fit. 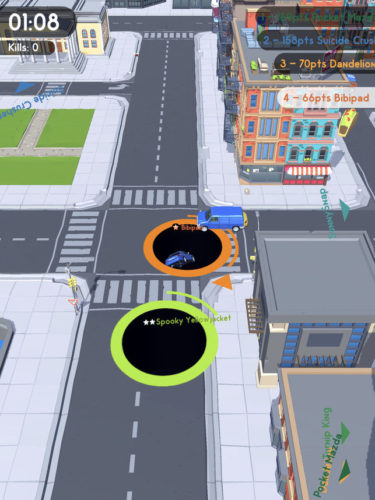 Be quick at the beginning of the round!

Hole.io is one of those games where you can “snowball” very, very quickly – that is, start off strong and only get stronger and stronger as the match progresses. The first half of the match is probably the most important, because you are essentially racing against other players to see who can grow the biggest first.

Whoever becomes the bigger hole has first dibs on the all of the high-priority targets, like the buildings that are worth 4 points.

Hang out around the middle mid-game!

After you have grown at least two stages, you can start wandering around the city. The middle parts of the city are where all of the intersections are, and that means good eatin’ for you! Cars are worth 3 points, so just hang out around the streets and your meals will come straight to you!

This does not mean you should outright ignore the smaller objects, though! If you can manage to find a small group of a bunch of cones and poles, they are still worth a decent amount of points. Stay on the move! 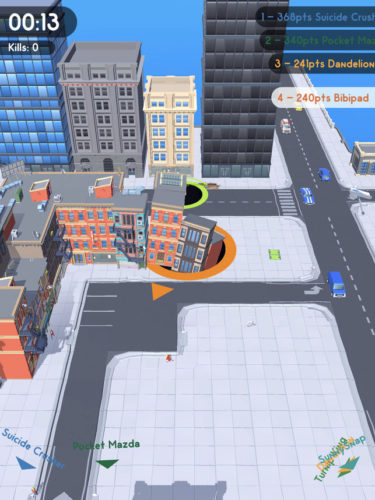 Eat other players and buildings!

Once you start to get close to the final stages of your black hole, you can start conquering the world! The big buildings are worth 4 points and they should crumble right into your hole once you get big enough. Also, if you are feeling particularly daring, you can even go after other players. The amount of points you get will be equal to how big they are, but it also puts them out of the game for 5 seconds.

Even better: if you can eat a bunch of other players within a couple seconds of each other, you will get a multikill bonus, which increases the amount of points you get from the kills. Do not stop – eat them all!

That’s all for Hole.io! If you have any other tips or tricks to share, let us know in the comments below! 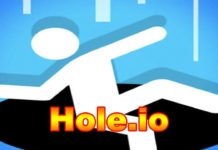 Eat the World As a Giant Black Hole in Hole.io