Home Guides High School Simulator 2018: Weapons Guide & How to Get Them 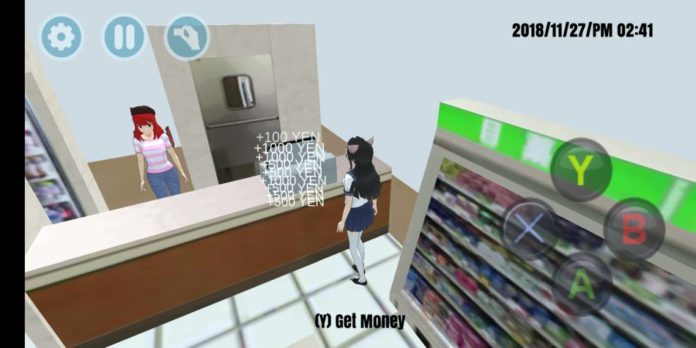 If you like your games to have a hint of spice to them, you might not necessarily need to eat a Carolina Reaper (the hottest pepper in the World) when playing, but rather get a weapon! I mean what could go wrong when you bring a knife in a Japanese school? (I wonder…)

In this article I’m going to show you the ultimate High School Simulator 2018 guide on how to get weapons, and reveal the location of the most fun weapons if you plan on playing a genocide run.

So, without other introductions, we will start with a High School Simulator 2018 list of all weapons:

There are other things one could consider a weapon, if used in that sense: 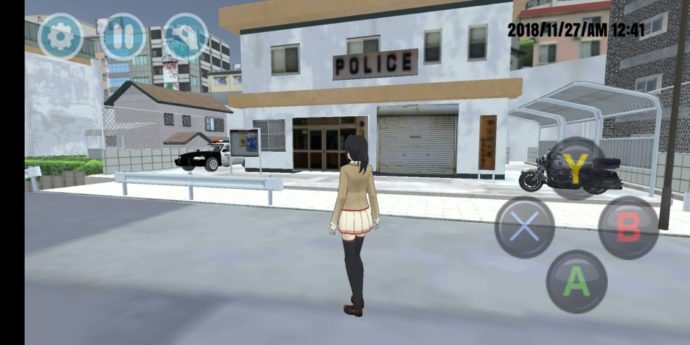 The latter you can use to run off people, so if that’s your thing, I’m going to tell you exactly where you will need to go to grab these. So, here’s how to get High School Simulator 2018 weapons:

The knife can be found in the school cafeteria. It is located on the desk next to the juice machine. It’s a very short yet deadly weapon.

Pistol can be found in several locations:

First location for the pistol is inside the school building, on the first floor, in the Principal’s Office (on the desk).

Second location requires a little more effort than walking in and acquiring it, because it needs you to call the cops to a certain location, and then kill the cop (they wield a pistol). I don’t think I need to tell you how to do it, because it doesn’t really matter if you run them over with their own motorcycle or stab them with the knife.

Shovel and Ax can be found on the school entrance premises, inside the shed. They are fun, especially the ax. 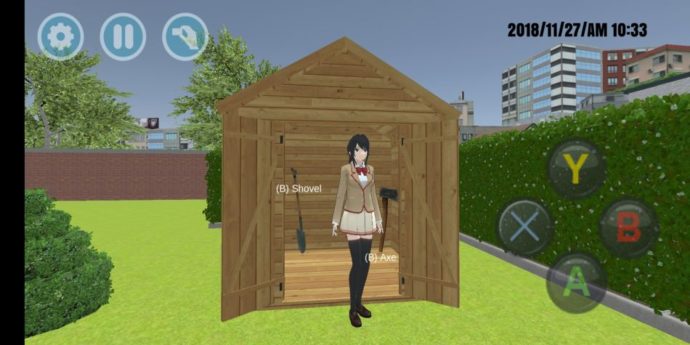 Cat Hat can be found on the school rooftop inside the building next to the generator. If you don’t know what this does, it lets you fly around and use magic spells. It’s really cool! (one of my favorites). 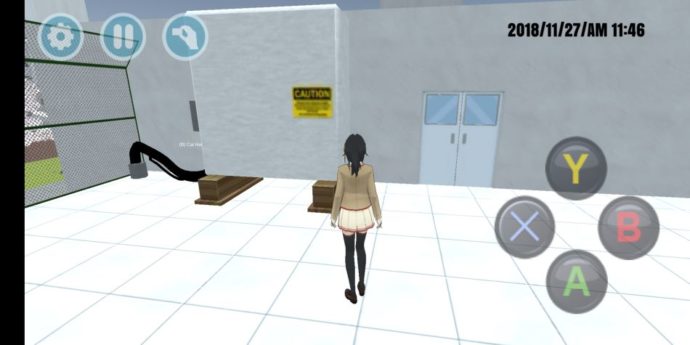 Katana is one of most fun weapons, and it’s located in the bar down the street from the Police Station. 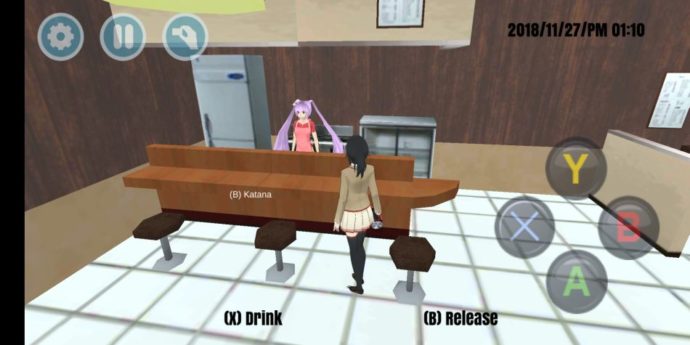 Spear can be found inside the Barber Shop. That is another extremely fun weapon, the first one I found and dealt a fatal blow with. 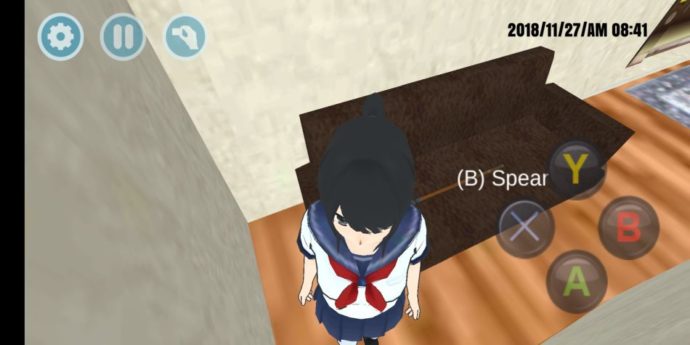 The Bat (baseball bat) is located right outside of the school gym, leaning against the wall. Another Bat can be found inside the gym, if you go upstairs. 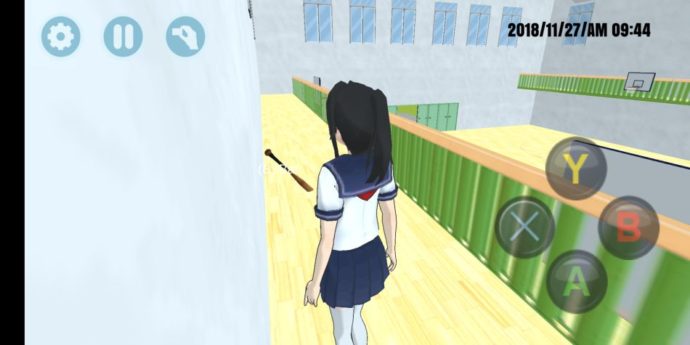 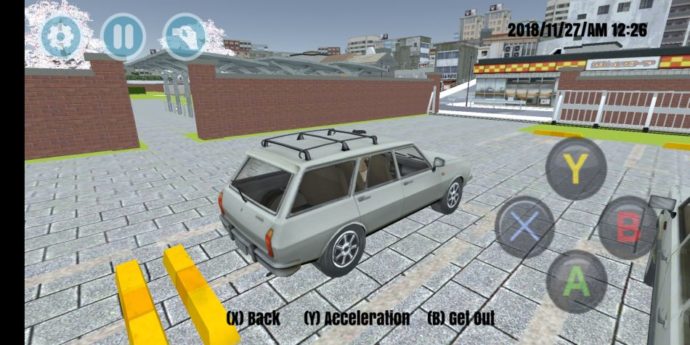 Another High School Simulator 2018 tip if you want to be a real thief is that you can head on to the store and rob it! Now that’s how you become a real baddie in this world.

You can also find all the weapons at the entrance of the school across your house, but if you don’t want to play fair and square, however, you can just go to the “Settings” and spawn a random item (here balls can be considered weapons too, but they unfortunately don’t do any damage to others, you can just throw them) from the weapon category. 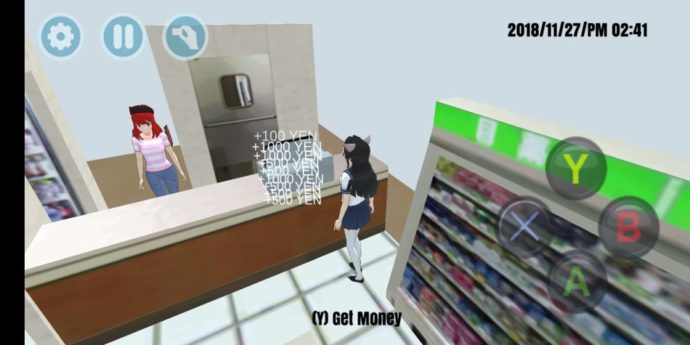 Thus being said, I will give you another tip in case you decide to go on a genocide run: dispose of the bodies. If you have incriminatory evidence that you’re secretly a murderer, they will start attacking you (and you might die, so it’s not so fun). To dispose of the bodies, you can either drag them inside a toilet or next to the fire pit on the school entrance ground.

That’s all we have for now on weapons, so make sure you go grab that Cat Hat and show off your might to all the kids in the school yard. If you have any other tips on how to acquire weapons in High School Simulator 2018, leave them down in the comments below! 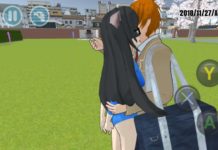 High School Simulator 2018: How to Kiss 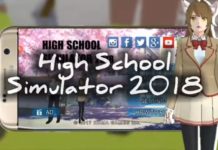