Hidden Survivor is a brand new type of battle royale experience. Rather than chuck you on wide open maps and get you to shoot each other with weapons you pick up, Hidden Survivor is more about remaining hidden in claustrophobic environments where the danger comes in different forms.

But before we dig into that, let’s take a look at how it’s all put together. You play as a schoolgirl survivor in some kind of post-apocalyptic world. We have no idea what happened, but life has suddenly become very dangerous for the inhabitants, who have taken to hiding in bins for some reason.

Your overall goal is to turn your former school into a comfortable place to live, and you achieve this by heading into a multiplayer deathmatch mode called Explore. This basically challenges you to hide and survive for three minutes, while scavenging for resources.

Explore (which you do before scavenging) praises inaction over action though, by rewarding you with resources by spending time hidden within different objects. You’ll spawn in one at random during the beginning of a match, but you can swap to another by getting close and tapping on it.

This is important as different objects provide different materials, which you spend on sanctuary upgrades when you get back to your safe space. You’ll also find buffs that can restore your health or remove the fog of war effect while playing.

The best buff is the Reset Potion though, as it allows you to enter human form for 40 seconds and beat up enemy players hidden inside stuff. Knock one out and you’ll steal resources they’ve been painfully collecting for the past few minutes.

Another threat is an area becoming too dangerous to remain in. These are marked in red on the minimap, and you can tell which area will become dangerous next when they turn yellow. Stay in an area like this and you’ll take damage over time.

When a round ends after three minutes, you’ll return to your sanctuary with any resources you picked up. You can then spend these on upgrades, and this is pretty much the whole point of Hidden Survivor.

You may even meet a fellow survivor, who will move in with you. Each survivor – including your main character – has parameters that you’ll have to keep topped up, including Fullness, Moisture, and Spirit. You can top these up with food and beverages you pick up during Explore missions.

By unlocking upgrades, you’ll eventually be able to produce your own food and beverages, which will allow you to keep everyone alive for much longer. This is necessary, as it’s game over when all of your survivors die. You’ll have to start again, but all upgrades will remain intact. You can check out Hidden Survivor for yourself on both the App Store and Google Play. 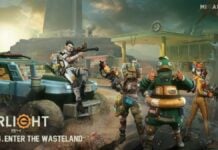 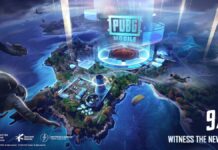 PUBG Mobile 1.0 Is Now Live on iOS and Android 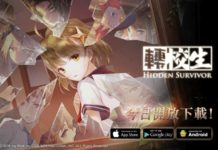