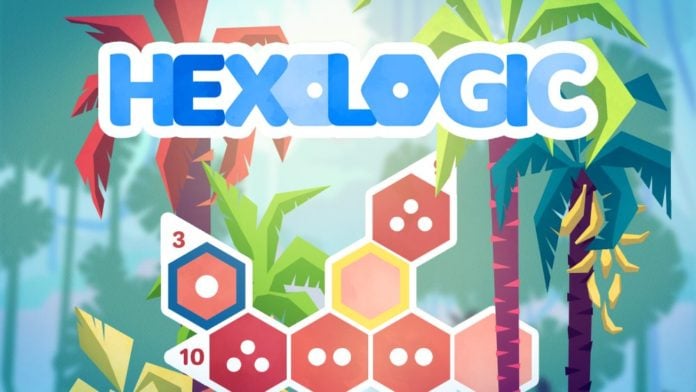 Sudoku is the sort of game that’s crying out for new ideas. After a trillion plays across a billion boring commutes, it’s ready to pass the brainteaser crown to a successor.

Meet Hexologic. This inventive puzzler feels a lot like sudoku to play, and a little bit like Picross too, but it adds its own twists to the formula to create a unique new puzzle gaming experience. 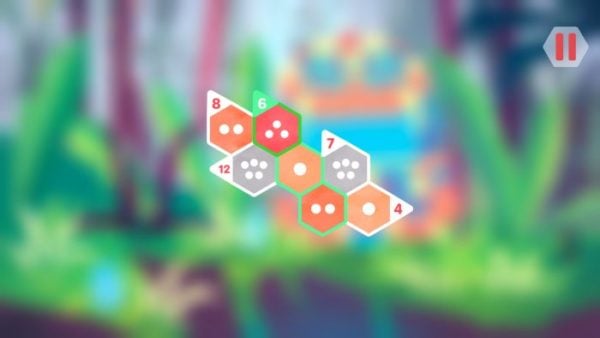 The biggest twist is that the grid you play on is made up of hexagons instead of squares, and the grids themselves come in varying shapes and sizes. Often there are several separate grids in a single stage.

Each hexagon displays one, two, or three dots. Around the outside of each cluster of hexagons are numbers, which do more or less the same thing as the numbers at the edge of a Picross board: they tell you the total you have to reach by adding the dots in the line of hexagons connected to that number. 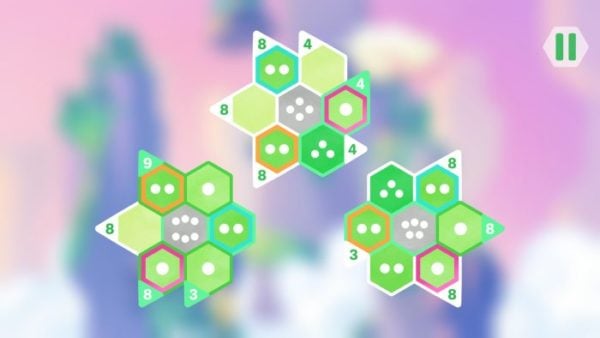 More specifically, you need to cross-check that line of hexagons against any perpendicular lines that are passing through it, to make sure a solution that works for one line doesn’t mess up another.

Just like sudoku, Hexologic can be very frustrating when you can’t seem to untangle the knot, but by the same token it’s extremely satisfying to work your way methodically through a puzzle making all the right moves using nothing but your wits.

There are 75 stages in all, spread across four worlds. Each world is beautifully presented, with shades of Monument Valley and Severed, and they all introduce their own new mechanics, such as fixed hexagons that you can’t change and mirror hexagons that have duplicates elsewhere on the board.

Whether or not you’re burned out on sudoku and Picross, Hexologic is a stunning, challenging, innovative puzzler that will keep you scratching your head for days.

Grab it now on Google Play and the App Store.