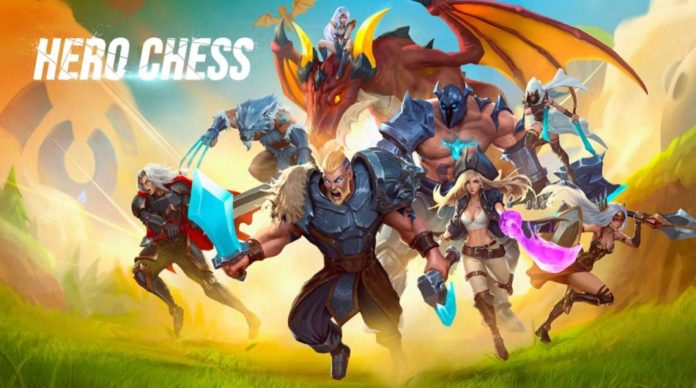 In today’s article we are going to cover all of the Hero Chess tips and cheats to help you become the best player ever and win with the best team compositions!

So, without further ado, let’s dive right into the Hero Chess tips and tricks right here below, to help you become better at the game!

If you want to become good at an auto chess game, you will need to learn the very basics of the game, and then move on from there. Since the game’s tutorial doesn’t really tell you everything step by step, let me explain them a little.

I suggest that you try to remember them all throughout the game, because it’s very important to know them, since they will help you win the battles and give you an edge over the other players!

– 3 stars is the maximum your heroes can reach.

– Whenever you have 3 of the same hero, it will automatically upgrade to its higher star version.

– Same Class or Faction heroes will gain bonus stats when paired up in certain numbers (2+). These bonus stats can affect either the whole team or just the certain heroes.

– After each match you will gain Gold, which you can use to either buy new heroes or increase your deployed heroes’ number.

– Whenever you increase a hero’s star, it will gain extra HP and get increased damage.

These would be all of the very basic things that you will need to know. Now about the other features, let’s dive into the Hero Chess guide deeper, so we can explore the rest of them!

Sell the heroes you don’t use anymore

You can start the battle with certain heroes which you will get at start, and are usually more common at start. But as you advance through the battle stages, you might want to change them out for better ones.

You should definitely do this so you can get back all the money you invested at the beginning of the game, and invest them in other, better heroes!

You should try pairing up various heroes from all the different factions and classes, because you will get some extra stats which will definitely play a key part in you winning the battles.

Try reading the combos you get by tapping on the top left side of the screen on the icons which show this, depending on which heroes you currently have on your team.

I suggest that you try out various combos depending on which heroes you get each run, and if you want, reroll the picks in hope of getting better ones, or multiples of the same hero to make upgrades.

The hero formation is pretty important, because you will need to set the formation right if you want it to survive. The best is to put all of your tank heroes in the front, because they will take on all the damage (unless the enemy team has heroes which jump on the back line), while the heroes on the back will deal damage.

In my opinion you should try various combos so that you know what works best for your team and with the heroes you got. Feel free to move your heroes around on the board to counter the enemy’s hero picks, and keep your squishy members safe at all times.

Level up to deploy more heroes

Level up by adding EXP in the bottom left side of the screen. Adding 5 EXP will cost 5 Gold, so make sure you do this to have an edge in all battles. I suggest that you try to level up to maximum before you start resetting for end game hero combos and such.

Sometimes it’s better to even have 1 level advantage over the opponents, because that will let you deploy one more hero, which can basically win you the battle, giving you strength in numbers.

And another thing which is super important here – don’t forget to deploy your heroes after you leveled up, because otherwise you will leave one empty slot and you would’ve leveled up for nothing if you don’t make that extra slot count!

There are a few ways that you can get more Gold in game, and if you want to learn all of them, let me give you a hand so that you will know and use that to your advantage when battling:

– You will get Gold every time after you pass a stage (PvP or PvE).

– You will get Gold whenever you sell heroes back (usually the early heroes).

– You will get more Gold, the more games you win in a row (by having a winning streak).

Check out the Challenges and complete them

In game you will find a “Challenges” button in the top side of the screen. There, you can see all of the “missions” that you have in game, and I suggest that you give them a read, so that you can know what to keep an eye on in game.

These will give you various rewards, so definitely try completing them whenever possible!

These would be all of our Hero Chess tips and tricks that we have for you right now! Do you know other useful game strategies that you would like to share with us? Leave them down in the comments section below! 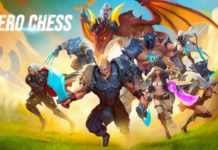 Hero Chess: All Combos & Best Combos in the Game