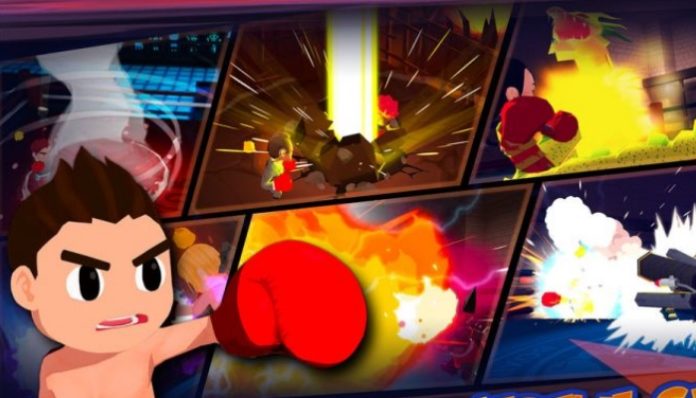 Head Boxing is a fighting game featuring tiny little fighters. Don’t let their looks full you – these boxers mean business and they aren’t afraid to break some bones just to prove a point! Head Boxing is a fast and furious 2D fighting game with combos, parries, power skills, and more! Our Head Boxing cheats and tips will show you how to become the king or queen of the ring!

Head Boxing is deceptively simple to play, but is hiding a lot of depth underneath its cutesy appearance. Our Head Boxing cheats, tips and tricks strategy guide will unearth some of these advanced techniques to help you out!

Chain your attacks together!

Aside from your typical rapid light punches, you can also chain different attacks together to keep the pressure on your opponent. Note that for the sake of example, we’ll be using Dolse as the base for our combo tips. Our go-to combo is doing the standard light punch combo, because the last hit is a launcher that sends your opponent into the air for a little bit.

As they’re coming down, you can follow it up by juggling them with an uncharged heavy punch. Speaking of which, instead of the light punch combo, a charged heavy punch will send your opponent sky high, giving you ample time to set up your next juggle combo.

Stick to Dolse to get used to the combat!

Dolse will be your only fighter for a while, and it’s best that you stick to him even after you unlock new fighters. The reason being is that he’s a great character to start out with – easy to use moves, all-around stats, and good combo potential.

Each fighter has their own unique moveset, so you’ll have to learn new combos when you switch characters. Once you get the hang of the game’s combat system, you can move onto new fighters.

Go for the medals!

If you accomplish specific feats during a battle, you’ll be awarded a medal at the end that grants you bonus experience and coins. On the match results screen, earned medals will be highlighted in color while unearned ones are greyed out.

You can tap on them to learn of their conditions. Medals require you to do things like win the match without using a skill, win without dashing, win by breaking all of your opponent’s bones (ouch!), and so forth.

As you can see, a lot of them require you to win by limiting your moveset and self-imposing a challenge on yourself. You don’t have to go after the medals if you don’t want to as they can definitely mess you up, but the option is there if you need some extra cash or experience.

After every fight your pet’s food meter will decrease, and your pet can actually pass away if it starves! Be sure to spend some coins to feed your pet. It’s 1,000 coins for pet food, and yes while that is expensive it’s less expensive than having to revive your pet.

Throughout Arcade mode and the early levels of Championship mode, you don’t really need to worry about defense, as a strong offense is more than enough to take down your opponents. The beginning AI just isn’t aggressive enough and you can beat them to a pulp very easily. However, once you get to the harder opponents, you’ll need to start using your defensive options.

Blocking and dashing are your most obvious and easiest to use options. Blocking reduces damage taken, and is great when you know you won’t be able to move out of the way in time. Dashing, however, is even better as you can get out of harm’s way altogether if you time it right, and you can dash back in immediately for a counter-attack.

Parrying is an awesome yet tricky tool to use as well. By pressing block right after moving back, your character will enter a parry animation. If your opponent hits you during this animation, they’ll be stunned momentarily, opening them up for swift retribution. However, mis-timing a parry will leave you wide open, so be careful when you use it!

That’s all for Head Boxing! If you’ve got any other tips or tricks to share, let us know in the comments below!