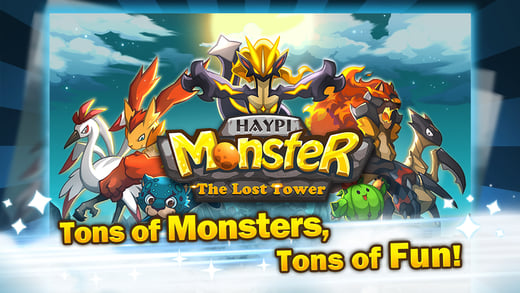 Alongside the many gameplay tweaks and additions, the new Haypi Monster: The Lost Tower 1.8.6 update comes with improved user interface and several bug fixes.

Title font size has been readjusted
Game language is updated
PVP is opened
Question mark ? has been added to SCORE building
Training UI has been modified
You will get master points from Level Rush
World Boss UI has been modified
Monster upgrade data can be seen in chatting room
You can purchase Flaming Gloves from shop
Function of learning skill book has been optimized.

Haypi Monster: The Lost Tower is now available for download for free on the App Store.