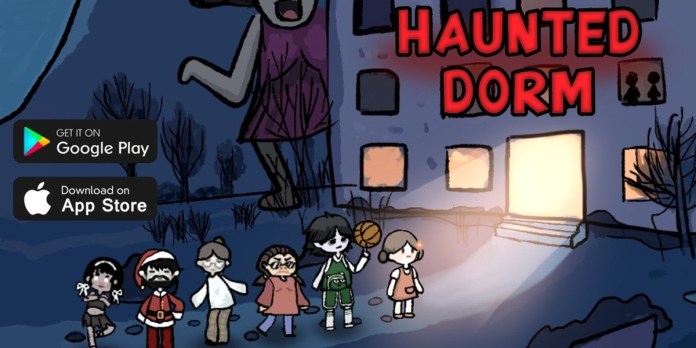 This article is sponsored by Haunted Dorm

In case you missed it, Haunted Dorm – the horror tower defence game by indie studio, Mihuan – launched on the iOS App Store and Google Play Store in February this year, and, thanks to its eerie concept and novel ghost-busting gameplay, it’s been building a steady following ever since.

If you’ve played Haunted Dorm before, you’ll know that it can be quite a nerve wracking experience. However, if you persevere then you’ll find your efforts well rewarded. Besides the vanilla Normal Map and Ice & Snow Map mode, which are immediately available at the start of the game, there are 5 extra, distinct game modes that can also be played.

Dream Hunter fragments are required to unlock these extra modes, so we’ve put together the following list of tips to help new players go from beginner to pro at the base game, and earn the fragments needed to unlock the rest of what this addictive strategy game has to offer.

The first thing you need to do when beginning a game in Normal Map is choose a room to sleep in. Always keep in mind that not all rooms are equal; some will have more space than others and each room will have a single square occupied by an object: a plant, a turret, a grave, a games console, a frog, a refrigerator, or a repair bench.

Our advice is to choose a room with a grave as it will provide +1 Gold every second. Gold is the most precious resource in Haunted Dorm so having an extra means of earning it (especially in the early stages) is a big advantage. If you can’t find a room with a grave then your next best bet is to choose one with a repair bench; these will restore HP to your door for an infinite duration (an essential perk to have if you find yourself frequently attacked).

Also bear in mind the amount of space available in the room  – more squares means more potential objects to build – and its proximity to other players. Having a room close to another player is always a good thing as any turrets they build may be in range to target the Ghost whenever it attacks your door.

When the game starts, you might be tempted to occupy the nearest room as soon as possible for fear of losing time. You don’t have to rush though; any extra time spent searching for a room won’t cost you any Gold; you’ll receive an amount that’s equivalent to the number of seconds spent before finding a bed as soon as you start sleeping.

Also, don’t waste any Gold on building a batch of turrets early on. Turrets have a limited attack range and deal a puny amount of damage in their early levels, so you’ll just be wasting resources that should be used to upgrade your bed and door instead.

If the Ghost does start attacking your door then immediately start repairing it (to do this, tap the icon in the bottom right hand corner) and hold on for when you have enough Gold to upgrade it (when you upgrade a door its HP is fully replenished). The Ghost will usually be forced to give up during the early stages. However, if the Ghost does decide to persist with its attack then you can consider adding one or two turrets to dissuade them.

As mentioned above, building a mass of turrets early on is a big mistake. Your first priority should be upgrading your bed and your door in tandem (there will be times where the door has to reach a certain level before the bed can be upgraded).

Your door is the most important defence you have against the Ghost, whilst your bed is your main means for farming gold. Whenever possible, we advise upgrading your bed first as each upgrade in level will double the amount of gold it produces per second.

Once Electricity becomes a requirement (this will begin when you advance to Level 1 Steel Door), you should build a couple of games consoles to receive the currency. Just don’t go on a spending spree and start building more than what you need. Electricity is only required in small amounts early on and your extra currency would be best served upgrading your door or adding a few turrets.

Observing the mistakes or successes of your fellow players is the fastest way to learn so, from time to time, click on one of the player icons in the top left of the screen to see what they’re doing.

It’s especially advisable to do this when you see one of the icons flash red; this means that the player is being attacked by the Ghost. Taking a moment to see where the attack is taking place and how much danger the player is in will tell you how far away the Ghost is, as well as if you should immediately prioritise defence rather than resource gathering.

Investing the tokens you earn (or a little bit of time to watch ads) at the Honey Badger Store to buy a piece of tech is a good way of providing some extra security when things get tough. If you find yourself struggling early on then we’d advise using an Alladin Box. This box will create a random item in Normal Map mode, which will usually be either a fancy turret or a piece of tech that will give you an immediate advantage.

Hopefully the above tips will give you the insight you need to keep your dreams nightmare free. Be warned though, there are plenty more chilling surprises awaiting in Haunted Dorm, which is available to download right now for free from the iOS App Store and Google Play Store.